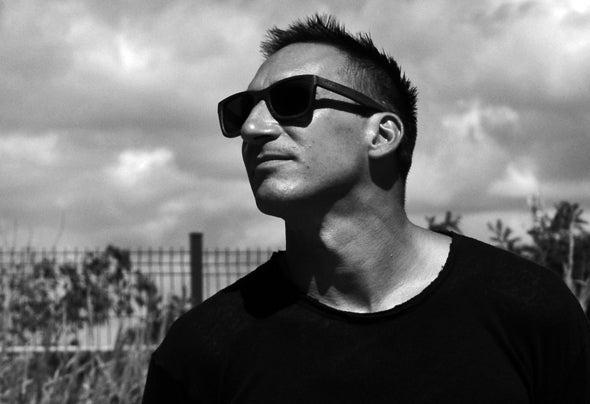 His musical adventure started in 1997 when his longtime friend DJ Valentino Kanzyani (tech house DJ) introduced him into the world of djing. First steps were inspired by drum'n'bass music and the spreading of its sound in Slovenija. With a lot of enthusiasm, he first crossed the doors of music bars and clubs. He also crossed the borders of Slovenia by playing in Italy, Croatia, Hungary and Switzerland. In 2004 his name was mentioned in the Lexicon magazine as an uprising Slovene DNB DJ. In 2005, Mark spiced up his sets by playing on three gramophones. The end of his DNB adventure took place in 2006, because of lack of time and feelings. But the story didn't really ended. In 2012, after moving from Slovenia to Switzerland, his inspiration revived and drew him into tech house music genre.While searching for his sound, he researched current electronic music scene and a large number of producers of electronic music. From the most famous, to aspiring beginners, from house to techno. During that time, he started to spin at various locations in Switzerland. In 2014 he decided to create the events under the name Osession, where he hosted DJs from abroad as Paolo Barbato, Mike Vale, Davide Manali, ... After a good response from the p, he started with Osession RadioShow, where he invited his friends to share the magnificent musical selections. As the first jumps Mike Vale, Alfred Azzetto, Gianni Bini, Umek and Valentino Kanzyani ...By the beginning of 2016 he was invited to the Ministry of Sound Annual party and playing with their resident DJs. It also successfully tackles productions in the studio.2017 start with production & now is out You Feel This & Easy Lady. Start 2018 new EP - my heart