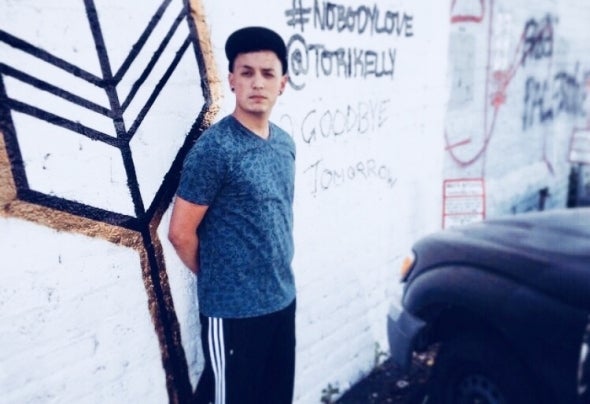 Aaron is a Los Angeles based dancer and music producer / Dj...he began music production back in 2006 dabbling with krump style music , but by his adolescence he found a love for house music. When he turned 21 in 2008 he began attending Marques Wyatts DEEP events and venturing into the underground house culture of Los Angeles.In late 2015, he became apart of a Dj Duo called ETHNiKZ. Thru this duo many opportunities arose including his first 3 track releases under which were “Jam With You” , “It’s Been Done” and “Infunktion” viaOxygen Records, Abracadabra records and 70x7 Records ; plus many memorable and amazing DJ gigs throughout Los Angeles including Avalon nightclub, Exchange, Create, Los Globos and other hot house music venues in the area.Aaron, now as a solo artist, has began his journey with his first official solo drop “Ain’t It” via Oxygen Records in October 2017. He also has since released other original tracks such as “Young Love”, “Light that ass”, “Baby back up” and “Hat to the back” which include lyric samples from Erykah Badu, Biggie Smalls, Busta Rhymes and Snoop Dogg. All can be found as free downloads via his SoundCloud. His next official release, “Summer in Fall” is due April 9th via Disco Balls Records, which will be available exclusively on traxsource then all music outlets. Following that is another release “Cali Love” coming out 5/1/18 via Production Block Records. Needless to say, he is on the move with his unique house style to share with the world!