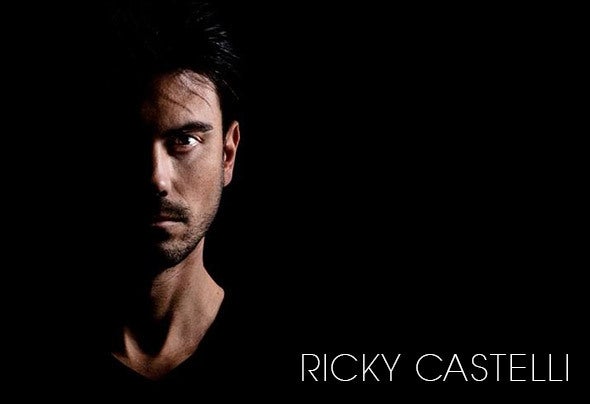 Ricky Castelli, born in Milan (1979), plays House and Electro-house.DJ Ricky Castelli has never failed over the years to mesmerize and stimulate audiences with his concept of Dj-ing as the art of creating a freshequilibrium between an unwavering pursuit of musical experimentation and innovation on the one hand, and dedication to setting dance-floors alight bytuning-in with the emotions of the crowds on the other.Ever since his first appearance behind the decks of the prestigious Hollywood Club (Milan) at the age of 17, DJ Ricky Castelli has rapidlyemerged as one of the icons of Milan's thriving house music scene.Innumerable have been his appearances all over Italy, often sharing decks with celebrities of Italian and international house music.Abroad, Ricky has made a name for himself in Spain, Switzerland and, most recently and successfully, in Indonesia, reaching his apex in 2006 and 2010, as the only Italian DJ to perform in the second and sixth edition of The Junction House Music Festival in Bali, next to such as Martin Solveig,DJ Gregory(Defected),Danny Marquez, Mandrax(Shakedown), Simon Dunmore(Defected) and many others.He has been Resident DJ in all of Milan's trendiest clubs, such as Desade, Propaganda (now Limelight), and, at the Karma Club.Recently Ricky has set for himself the task of seeking new solutions for his sets and stretching the boundaries of conventional approaches to house music, integrating live performances of vocalists and musicians.Currently Dj Resident @ Prince (Riccione Rn) and ON AIR on FM “ M2O Radio” at “KUNIQUE”with his “Radio Show”Management by “Kunique/ Soldout”