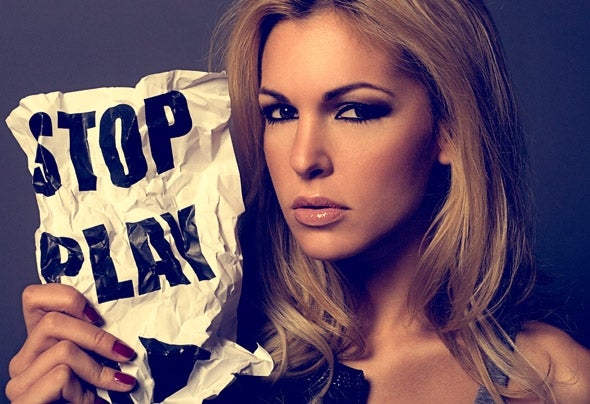 DJ, producer, model, event organizer; it seems there is nothing Tanja La Croix can’t cope with. With her distinctive style, her energetic personality and her confident appearance she's boosting the charm level of every event or product to the highest degrees. Already in 2007 she released her debut album 'A Trip To Bikini Island'. What followed were a string of successful singles, remixes and compilations. In the Summer of 2010 Tanja La Croix became the face of the Street Parade. As the musical ambassador of the biggest Techno-Party of the world she was mixing the official Street Parade CD Compilation and was celebrating with half a million fans on her own Love-Mobile. Her 2011 smash 'Hard To Handle' (feat. Andy P.) reached the top of many sales charts. In Autumn 2011 Tanja La Croix won the Audience Choice of the Swiss Nightlife Award in the category 'Best Female DJ'. In 2012, Tanja will be back with new Material. The first single 'Yolerado' is out in January 2012 and already heavily supported.