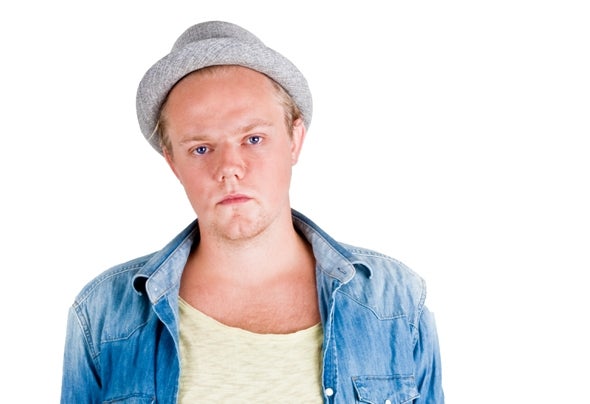 As 2012 approaches, Thomas Sagstad looks set to break onto the world dance scene. Aged just 26, he already has a growing reputation as one of the most exciting talents in electronic music, but that will soon step up a gear with a new label, Agape Music, and a musical style loaded with energy, invention and drama. To put it simply, he’s only just begun.DJ support for his music has been across the board from Carl Cox, Sasha and John Digweed to Tiësto, Armin van Buuren, Fedde le Grand and the Swedish House Mafia. Throughout 2011 Thomas Sagstad tracks have been heard in clubs, festivals and radio shows all over the world. The stage is set, therefore, and a series of new tracks and remixes are ready for release as well as a new label in the shape of Agape Music.Forthcoming high profile remixes include a reworking of Serge Devant’s ‘On Your Own’ in partnership with Mike Hawkins, and a version of the new Erick Morillo, Harry ‘Choo Choo’ Romero and Jose Nuñez collaboration, on Subliminal. Original productions in the pipeline include a project with Dirty Vegas vocalist Steve Smith, and Thomas is just as likely to bring a guitarist or bassist into the studio as he is to collaborate with other electronic producers.Pivotal to Thomas’s plans is Agape Music, a label he has formed in partnership with Strictly Rhythm. The New York imprint has been supporting him for a while and so it was a natural step to create a label together. Thomas will have complete creative control and there’ll be releases from other artists as well as himself. Already a big track in the clubs over the summer, the label launched with ‘Just Be You’ which saw Thomas joining forces with Mike Hawkins and Pablo Oliveros.It’s all about quality with Agape whether it’s finding the best new producers from around the world to remixes from established names and creative marketing. Music that transcends genre restrictions and can be played by a wide range of DJs is central to the label’s philosophy also. A clue lies in the name and agape can be defined as being in a state of wonder or amazement.“For me it’s never been about musical genres,” explains Thomas, “because I didn’t want to be put in a cage and limit myself. Today’s DJs are artists first and that’s why I took a step back to get my sound right.”Thomas has been playing all over the world in recent months and his schedule looks set to explode in 2012. His sound is particularly popular in South America and a recent highlight includes a Global Underground party at Piso 30 in Bogotá. Booked for a two-hour set, Thomas ended up on the decks for nine playing music across the spectrum which he loves to do. Tours of Brazil and Canada are scheduled for the closing months of 2011.“I like music that gets a reaction from people,” he says, “that’s what it’s all about. I’m not locked into making a particular sound, and it’s important for me to kick out genre restrictions. Good music is good music, simple as that.”Thomas is based in the city of Helsingborg in southern Sweden, but he was born and raised in Gjøvik in Norway. He grew up listening to Orbital and the Chemical Brothers, but soon began to dig deeper into dance music discovering the soulful house sound of Strictly Rhythm and Defected. Before long he had his first decks and was playing at local parties and clubs.After graduating from college in 2005, the logical next step was to become more involved in music. Helsingborg had a healthy underground house scene and a lot of producers with similar interests to Thomas. After his first gig in the city, he realised this was the place to be if he was going to start to taking music more seriously.Thomas began producing while in Gjøvik, but it was in Helsingborg where his studio skills started to fully develop. By 2007, he was releasing music and two tracks in particular pointed towards Thomas as an emerging talent with fresh ideas. ‘Moog Me’ on Global Underground in 2007 and ‘Crepuscolo’ for Oxygen Recordings in early 2008, both in collaboration with Marcus Schössow, gained serious attention and several compilation licences. The story goes that Global Underground sent over the contract to sign ‘Moog Me’ within hours of hearing it.A string of releases from Thomas followed on respected progressive labels like Baroque, Hope, Spinnin’ and Black Hole, some solo and others in collaboration. 2010 proved to be the crucial year, however, as he stepped back from DJing and releasing tracks to really try and find himself as a musician. It was a time of long sessions in the studio, exchanging ideas with other producers and listening to many different types of music. Out of this process Thomas developed a house sound made for big rooms but with a distinctive personality of its own.This new sound was first heard on Thomas’s remix of DJ Rap’s ‘Give It All Away’ which showcased the new energy in his music. This was followed by versions of ‘Live Your Life’ by Erick Morillo & Eddie Thoneick on Subliminal and Pixie Lott’s ‘All about Tonight’ which received major radio play. Another key track was ‘Meiri’ on Harem Records and everything began to fall into place. Always the perfectionist, Thomas continued to refine his style throughout 2010 to arrive at the point where he is now.