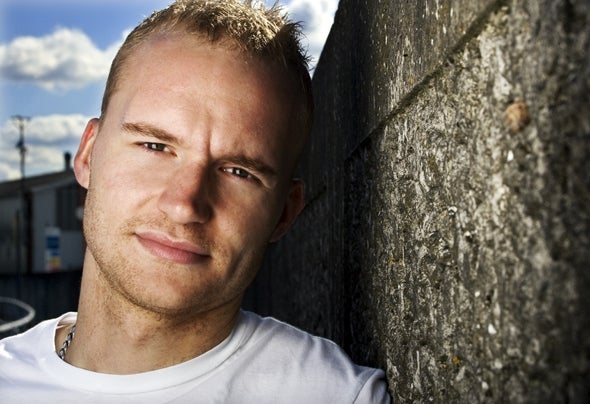 Sam Ball is following in Nic Fanciulli’s footsteps, not just by being the darling of the Maidstone massive, but also by his very own sky-rocketing production career.” DJ Mag 2009 Every now and again a DJ / Producer comes along who demands some attention. Tipped by iDJ Magazine as ‘the one to watch’ in 2007, Sam Ball was one of these but now in 2010 is an established DJ and producer with countless releases and a tireless gig diary to every corner of the planet. Aged 27, Sam has been on the forefront of Kent’s & UK dance scene holding a 7-year residency at Club Class, now running and resident at his notorious OFF KEY parties and with a successful label under his belt. Like many aspiring producers Sam cites house and techno legends such as Luciano, Laurent Garnier, and Underworld as key influences, but rather than mimicking, Sam is forging his own sound blending house and techno to create music with depth and thrust, energy, intensity and emotion. After witnessing a legendary performance from Sasha & Digweed at Club Class, Sam was inspired to buy his first decks and teach himself to mix; this enthusiasm was to work in his favour. In 2001 his undoubted potential was promptly brought to the attention of global promoters Club Class. After a seminal 7-year residency alongside Nic Fanciulli, which broke Sam on to the International circuit Sam carved his own path by putting on a new event, something more bold, more underground, which has turned into a leviathan of an event. OFF KEY is Maidstone’s Jewel in the crown when it comes to house & techno and has welcomed the like’s of Carl Craig, Nick Curly, Jamie Jones and Clive Henry to name but a few, this is a result of Sam’s tireless efforts as a DJ & producer nurturing his crowd to fresh modern music. The result is sold out outdoors parties, which have everyone from Carl Craig to DJ mag singing its praisies. Since the beginning of 2007, Sam's productions have fast become a favourite in the box’s of DJ's such as 2000 & One, Tania Vulcano, Raresh, Carl Cox, Laurent Garnier, Sasha, Nic Fanculli , Joris Voorn, Slam, and many more. Sam has now produced and remixed on many labels such as Saved, Definitive, Urbantorque, Forensic and remixed the likes of New Order, Francois Dubois, Hernan Catteneo, Steve Mac and Fergie further more proving Sam’s attention and popularity in the scene. With underground Smashes such as Atlas on Saved Records and recent Beatport top ten hit One Way ticket also on Saved, plus releases and remixes on Trapez, Inmotion Music, Intec and Form Records the bombs just get bigger. In 2009 Sam was identified as a key producer for the nu breed, 2011 is the year in which he’s has moved firmly onto the global stage. With more killer releases on the way as well as remix projects, club dates worldwide, it’s going to be a busy and productive year for the Luciano fan from Maidstone. One to watch indeed, certainly one to dance to.