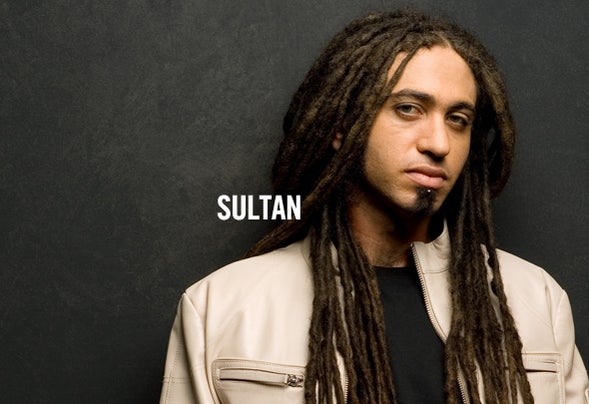 From the desert heat of his country of origin to the winter rigours of Canada, Sultan has travelled a road quite out of the ordinary. In the past few years Sultan has established himself as one of the most innovative and respectable djs and producers in the electronic dance scene. Sultan has had releases on various labels including Deep Dish's Yoshitoshi label and John Digweed's Bedrock Breaks Label, as well as several compilations appearances including "Global Underground 25: Toronto" mixed by Deep Dish, Tiesto's "In Search of Sunrise 4", Dave Seaman's "Renaissance Masters", Deep Dish's "George Is On" which features "Deep Dish vs Dire Straits – Flashing for Money"(Sultan Club/Radio Mix), hailed as being the worlds first ever legally cleared mash up/remix garnering praise from the electronic dance scene as well as rock legends Dire Straits. And most recently "Global Underground 29: Dubai" mixed by Sharam which features three of his productions including Sultan & Ned Shepard's latest releases "Connected" and "Together We Rise" on Shinichi Records. In September of 2006 Sultan joined world class Dj agency, Bullitt Bookings. Having toured cities across the Americas, Europe, Asia and Africa over the past two years, Sultan has made his mark as one of the most exciting and technically sound performers in the DJ scene today. In early 2007, Sultan began working closely with good friend Nadia Ali (Former singer of IIO). The two, alongside Ned Shepard, spent the month of January co-writing and co-producing songs for Nadia Ali's forthcoming solo Album to be released later this year. Recently both Sultan and Ned Shepard have joined Nadia on tour with Sultan playing guitars and Ned playing keyboards for her Live Show. Keep an eye out for Sultan's new Monthly Radio show "Connected Live" on DI.fm and his forthcoming compilation on Yoshitoshi "Yoshitoshi: Montreal" due out September 2007. For all booking requests, please email: ryan@bullittbookings.com For more info, please visit: www.djsultan.com / www.myspace.com/sultansoultan / www.yoshitoshimontreal.com