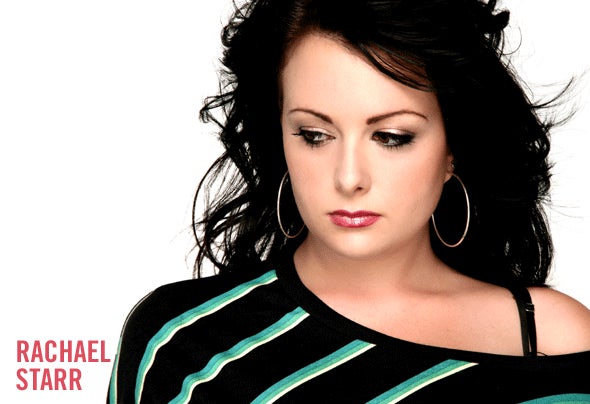 Combining skill with modernism, and her aptitude for style with ingenuity, Rachael is breaking new ground in the electronic and dance music industries. One of the only female producers on the scene, she feels it necessary to prove herself and work very hard at what she does. "I guess that one of the most important things to me is to not forget why you are doing what you are doing. Take yourself seriously, and other people will too." She says, "In the end what it comes down to is the music, what it is as a whole and how it makes me who I am." A native Californian, Rachael was brought up in a musical household and informally trained in piano, cello, and voice. Her interest in dance music was first sparked circa 1992 when she discovered producers such as Orbital, Underworld, and The Prodigy; she has been hooked ever since. In that time, she has become a well-respected producer and remixer as well as an esteemed DJ. She has earned the reputation of an artist who is always looking forward and refuses to accept any picky definitions or classifications of dance music. Completely conscious of what she is doing, Rachael makes music that is both floor moving, and at the same time, deep. Throughout her life Rachael has had first-hand experience with how much music can influence a person. This knowledge along with her desire to create music that made people feel the way music she loved made her feel ignited a passion for production, and the soon to follow performance of DJing. After spending a good amount of time learning the basic rules of production, Rachael dabbled in and mixed styles ranging from downtempo to drum-n-bass and house to trance. Although her productions were progressing, her knowledge of the industry was small, and with the advice from friends, Rachael refined her style and released her first record on Bad Boy Bill's label, Mix Connection Multimedia in Chicago. Since then, Rachael has continued to release tracks, collaborate with artists and do remixes. She has DJed in many cities in the United States and throughout the world. She looks forward to what the future holds for dance music and hopes that she can be an essential part in helping it to grow and move forward. Rachael has a desire to create something distinct, and as a result, will continue to forge new ground and create music that is both unique and passionate. [words by thomas mackie]