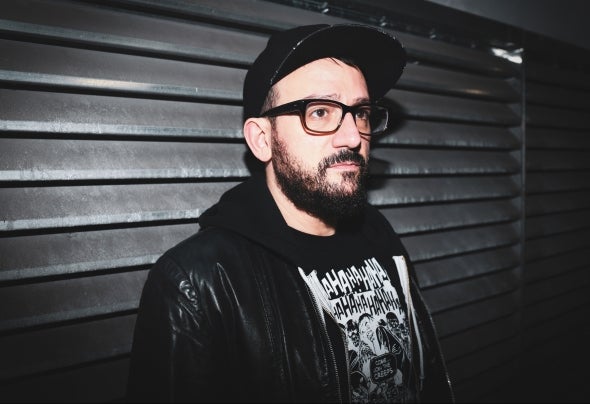 Hatiras is one of the true, enduring legends of the house music world. A 2 time JUNO Award winner from Toronto, Canada and owner of prolific house music label Spacedisco Records, Hatiras has cemented himself as one of the most influential names in the genre. Hatiras has relentlessly continued to produce a plethora of top ten charting, dance-floor smashing tunes that have been supported by the who’s who of DJs across the world. His rst UK top ten, two time rated Pete Tong’s Essential New Tune, was his iconic anthem “Spaced Invader” - it released on the worldwide leader in house music Defected Records. 2019 showed no signs of him slowing down with a slew of infectious releases on global influencer imprints such as Toolroom, Dirtybird, Simma Black, Mood Funk, Phoenix Music, Blockhead, Farris Wheel, Guesthouse and of course his own Spacedisco Records, ultimately culminating in him being ranked the #1 Jackin House Artist on Traxsource in 2019. Musical collaborations include tunes with international tastemakers such as Low Steppa, Angelo Ferreri, DJ Dan, Junior Sanchez, Bad Boy Bill, J Paul Getto, Ant LaRock, Olav Basoski, Andy Reid, Vincent Caira, Gettoblaster, Roland Clark, Hazzaro and more. His latest full length artist album titled “Magic Eleven” is a collection of 11 all new works spanning from filtered disco to acid house. Not only a venerable artist and DJ, Hatiras is also a noted promoter being one of the founders of legendary Toronto rave production company Liquid Adrenaline which hosted over 30+ massive events in its 6 year run for over 50,000 fans. He also launched Madhouse - one of the most prominent promotion companies in the pacic northwest, as well as hosting numerous events around the world under his Spacedisco brand. If you’re all about house music, you’re all about Hatiras.