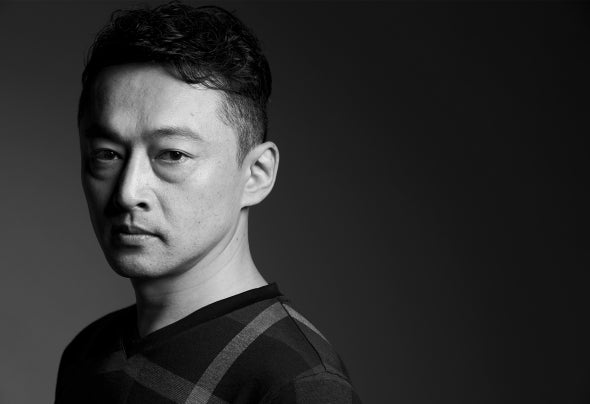 Hideo Kobayashi is one of Japan’s most prolific electronic music producers, adept at crafting modern deep house as well as floor- smashing techno. As well as being a fine solo talent, Hideo works his magic with house legend Jerome Sydenham as Nagano Kitchen and counts the influential likes of Francois K amongst his fans. Right back in the late 80s Hideo was in Tokyo discovering the enfolding world of clubs and dance music. Now he is a regular headliner himself, playing all the best spaces around Asia and Europe such as Moxa in Italy, Egg in London, the notorious Stadium in Jakarta, 360 in Dubai and at various clubs in Seoul. Hideo released his debut album, Zero in 2009 on Apt. International and a year later, his second album, a Drama, which featured appearances from Lisa Shaw, Ramus Faber, Tomomi Ukumori. Hideo’s records regularly make it into the high profile DJ bags of people like X-Press 2, Richie Hawtin, Laurent Garnier and many more. Labels like Ministry of Sound, Defected, King Street, Renaissance, Ibadan and Hed Kandi have all released his unique club wares. As well as continuing to serve up the hits in both EP and LP form, Hideo has also started his own Podcast show, Hidden Radio available on iTunes Podcast and Spotify.