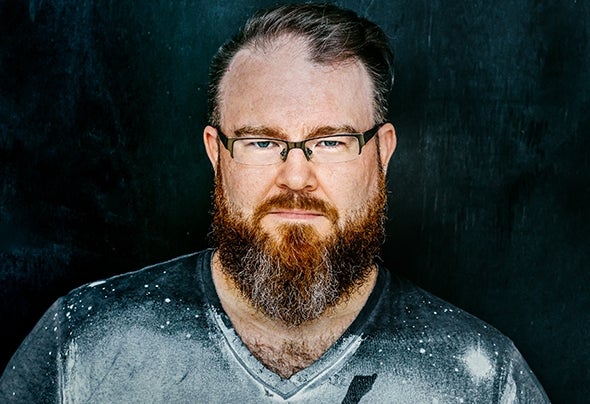 Since beginning his DJ career in 1992, ANDY REID, has risen to one of the top names in house music in Canada. The co-founder and Editor-In-Chief of one of the world's most prominent online electronic music magazines for over 12 years, NocturnalMagazine.net, Andy gained global recognition and praise from fans and industry heavyweights alike. After years of reviewing and critiquing music, in 2009 Andy placed the magazine on hiatus and pursued production and label management. Alongside veteran producer YUG, the 2 founded 44th & Filth, which quickly became a trusted name with top tier DJs around the globe and saw support from the likes of Erick Morillo, Tiesto, Kaskade, Steve Angello, Mark Knight, and The Shapeshifters. At the same time, Andy teamed up with legendary Canadian producer and DJ Adam K, and took over as label manger for famed Hotbox Digital, and more recently added Daniel Dubb's suave DV8 under his watch.In 2012 Andy launched his own imprint Phoenix Music to develop and deliver proper house in all its forms. Within the first year the label has had great success achieving 2 Top 10's on Traxsource and 8 Top 100's on Beatport, quickly establishing itself as one of the one-to-watch labels in the world and a staple in the boxes of Roger Sanchez, Hector Romero, Pete Gooding, & more. Further to that success, Phoenix Music signed an exclusive deal with the legendary Todd Terry thus cementing the labels cache in the industry. The launch of Phoenix also saw Andy return to the studio for the label's the debut EP "That Sound" alongside James Bradshaw & Simone Denny went Top 30 on both Beatport and Traxsource and was signed to legendary NYC label Nervous for remixes from Mr. V & Groovebox. Forthcoming Andy has been back at work remixing Daniel Dubb, as well as Jay Frog & Erick Decks, and has several new originals, remixes, and collaborations en route for the summer of 2014.With over 2 decades dedicate to the scene, if your passion is house music then Andy Reid is your man.