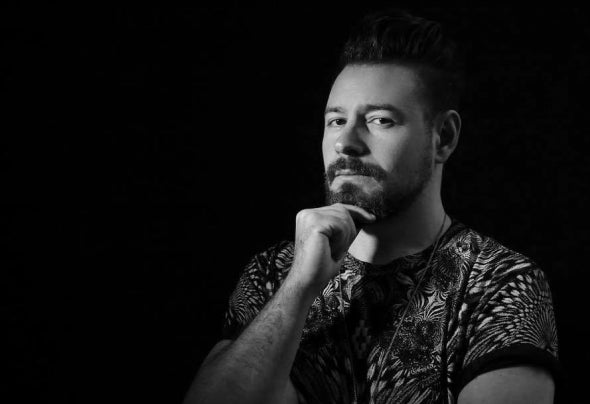 Antonio rossini, dj and producer, started his career at the end of the 90s.During the first 3 year of his career he performed as a techno DJ in several raves and one night party in Slovenja playing with international artists such as Sputnik(Ambasada Gavioli), Gabry Fasano, Flis, Daniel Gloomy, Athos, Bardini and many others.In 2002 he became resident dj at Exodus in Pordenone. In this period, hestarted working together with other djs on the "Soundtrack" project that contibuited to realease for the first time in Italy hard techno and schranz music. The soundtrack was main protagonist of many successful parties attended by a huge crowd of people and where internationally known djs had the chance to play. Just to say a few names Matt Maddox, Arkus P, Andreas Kremer, Dj Ocram and Umek.In 2005 he settled in Padua where he played as a guest in several night clubs such as Parhasard, Extra Extra, Arancia Meccanica and many others. Meanwhile, he developed a new sound concept of tech house and house.His career as a dj, playing in national clubs (victory and the main room in villa bonin) conitued until the end of 2015.In 2016 he became Vog's resident dj, an experience that gave him the opportunity of performing with internationally recognised djs such as Dj Spen, Todd Terry, Detroit Swindle, Dj Spinna and Kenny Carpenter.His profesionnal experience as a record producer started in 2008 thanks to the cooperation with Alex Piccini.The results of this collaboration are two projects: analisi complesse e.p. For the German label e-minor and logitek for the Italian splitsound.Nowadays, Antonio Rossini focuses his projects on techno and house music with a constant development of new sounds. He is now dj producer at the "house of glass" studios in viareggio and he is working on new tracks that will be released in the next weeks by Ocean Trax and Flashmob Records.