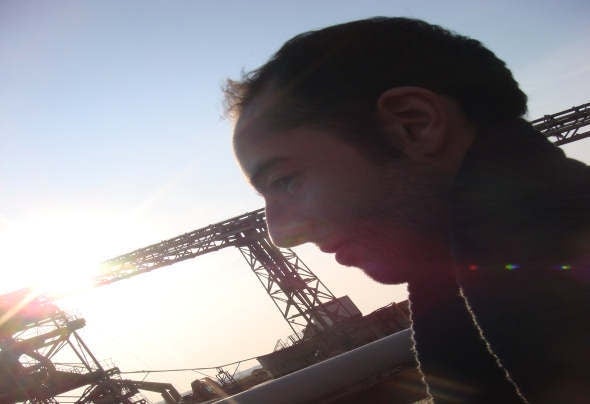 Born in Guernsey, the Scottish-Moroccan's parents moved to mainland England, where he discovered 'Old Skool' & underground dance music at the age of 10 years old. He has been influenced by artists like: Aphex Twin, DJ Rush, Carl Cox, LTJ Bukem, Carl Craig, Kevin Saunderson, lots of 60's, 70's, 80's & 90's music, these influences sprouted seeds at the tender age of 12 years old to learn how DJ, to show off his music collection.After becoming addicted to the electronic music scene, and playing out at various underground parties, he began to explore how to produce music at 16 years old using FL Studio, of which he solely uses to make music and produce with today...He started out by producing drum & bass, and branched into techno and even UK garage! He is a truly versatile producer, highly capable of producing and remixing anything. After many years of learning and playing, he decided to form the label 66Khz Productions, based in the UK, to release his own tracks but soon decided to release other artist's music, alongside his own tracks after discovering some great talents.There are some truly unique sounds on show; he combines different beats from different genres, and organic sounds from real instruments and plugins.If you have not heard his music, you will enjoy each and every track as they journey from past to present effortlessly, providing today's dance music listener a peek into the past with the more familiar elements of today's music.Omar Bicane used to go by the artist name of DJ Ramo, but since he mainly produces & remixes these days he decided using 'DJ' in his name was no longer relevant.