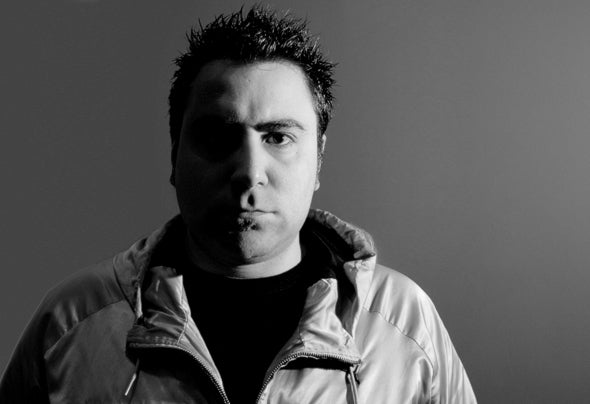 His real name is Miguel Dourado, although everybody knows him as Mich Golden. He was born in Vigo (Spain)in 1983 and, since childhood, he directed his efforts to music. His environment influences made him start listening to disco music since the early 90 ́s, as well as R&B and national Hip-hop. He was finally inclined to disco music, reaching a significant stage in his music experience.In the middle 90 ́s, when he was only 12 years old, he started listening to the first House artists. In 1997/1998 he achieved the real essence of House experience thanks to key artists such as Joey Negro, Danny Tenaglia, Armand Van Helden or Erick Morillo. They turned to be a break-even point in his way to understand House music.From that time on, he has been cultivating and experimenting on all the different kinds of electronic music. However, he has always remained faithful to his personal music style, passion and way of life: House music, in which he has been developing and adapting himself to new trends.His professional career as a DJ started in 2002 in a little club in Vigo (Spain) and he walked a long way since there by playing his sets in the best Spanish and European clubs and discos but he felt that something was missing in his sessions: his own songs. That's why he began in 2009 his career as a music producer being supported since then by the best DJs all over the world.He worked on the world of “radio” as well, collaborating with a radioshow in Loca FM at the end of 2007, and then he had his own radioshow called "Golden Connection" since May 2008 to early 2010.Nowadays, he has his own house music label called FEEL FREE RECORDS, sharing this project with Fran Ramírez and Dani Villa. Feel Free records is being supported by the most important DJs and also he has his own radioshow called FEEL FREE RADIOSHOW, that is broadcasted in a lot of countries and is listened by a lot of fans, specially in Spain and South America. Feel Free is coming baby, can you feel it?