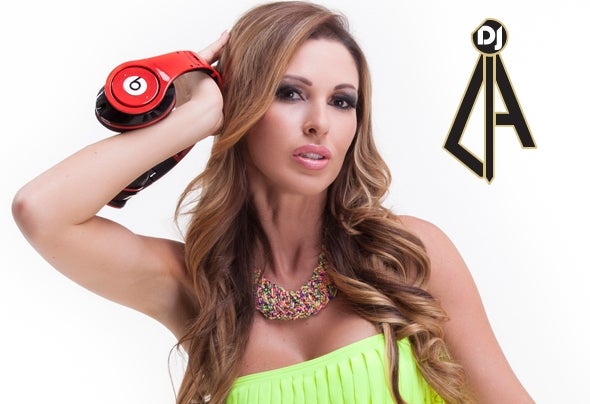 DJ Lia’s name first appeared on flyers a few years ago. Thanks to her talent after a successful modelling career she is now fully committed to music and is an internationally acclaimed DJ.As soon as Lia got her degree in economics in 2005, she started making a name for herself as a model and started becoming a household name in the media. She was one of the finalists of the ’Playmate of the Year’ competition and her modelling career took off. She landed on the cover of a number of magazines and became a well-known figure in the Hungarian beauty industry and general media.She made the cover of CKM, one of Hungary’s biggest men’s magazines and became team leader of the CKM Bikini Team. In the same year she was chosen to be featured in a photo shoot with Paul Van Dyk and she signed an exclusive contract with AXE and remained the face of the company for years.Then she was asked to be the face of Misso Fashion and was the leader of the company’s nationwide tour. Yet again, she made the cover of a few magazines, including Pesti Stílus (Pest Style), Maxim and the German SFP. She became the face of one of the biggest Hungarian commercial television channels, Viasat 3 and the presenter of the channel’s reality show, Bar 2.02009 marked a new milestone in her career as she started persuing her lifelong passion for music and released a song called ’Csak egy érintés’ /’One Touch Only’, which was an immediate hit and radio stations played it in heavy rot at ion.She is still in demand by the model industry but after her first hit, she is more focused on learning singing and making music.In 2010 Lia released her second single ’Fancy with You’, a song that fully represented her own style and which became a major radio hit and got played in heavy rotation by Hungarian music TV channels again. After finding success as a model, a TV-presenter and a singer, another dream came true for her when she got a chance to prove herself as a DJ. Her first appearance was a great success and she decided to delve into learning everything there is to know about DJ-ing. She was trained by the country’s best DJ’s and she turned out to be very talented at it.In 2011 her life revolved around music. She perfected her DJ-ing skills and was now playing on three CD- players. Audiences fell in love with her energetic, versatile sets, which are full of surprises, so it is no surprise that she was booked to play every weekend of the year in Budapest and around the country.Yet again, she got on the cover of CKM. With the magazine came a free CD featuring Lia’s hits and songs she made exclusively for CKM, including the instant hit ’Wicked Game’. Then her third single ’Never Again’ was released, which featured her on vocals again. Lia also became a member of Radio Face’s DJ t eam, which is a channel popular among youngsters in Budapest. Her sets can be heard in the radio’s most popular program on Fridays.2012, she signed a deal with the German artist management, PBA. Lia is more and more wanted all over the world: she has played shows in Lebanon, Brasil, Germany, Monaco, England, to name but a few places. Also, Kontor Rec. licensed her song’Wicked Game’, which landed on several interantional charts and made it as high as No. 2. on the British Dance Chart.She has recently finished a new song, ’Hear Me’, which was remixed by renowned artists such as Mike Newman, Jorge Montia & Coqui Selection or Muzikfabrik. As usual she spends most of her time in the studio. She is working t oget her wit h producers who are acclaimed in Hungary as well as abroad. She will also present her new project, Partyrockers with Attila Talán, who was named ’voice of t he year’ in t his year’s t alent show, Megastar than ran on one of Hungary’s leading TV station’s,TV 2.