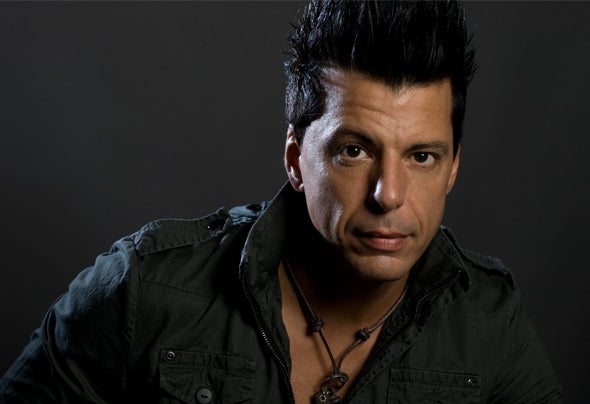 Having been raised in a Hispanic household, from early on, Bruno Robles was exposed to rhythmic music, predominantly of Cuban nature. It was no surprise that from an early age Bruno had a lively interest in music, pursuing lessons in percussion, keyboard and vocals. Armed with his developing music sense, he quickly developed an appreciation for the Italian underground disco sound that was very fashionable in Miami in the mid 80s. With guidance from established dj’s in the Miami scene, he visited local import-record shops were he was exposed to many different new sounds of music including the early traces of house. Still a bedroom DJ, he was encouraged by friends to spin at local underground parties, mainly for friends. Through time, his innovative sound quickly caught-on and he was hired as DJ for an organized day poolside party at a Miami Beach Hotel (which later turned into a night party in the ballroom).Being in Miami Beach made him more accessible to talent thirsty promoters and was often solicited for private parties. Having such influences as Angel Moraes, Junior Vasquez, Victor Calderone and Danny Tenaglia, Circa 1995, his style shifted and he gained a reputation for spinning quality house. The Miami Beach Club Boom was in full effect and it didn't take long before he was doing club appearances. One of the very first was at The Arch Club (later to become the infamous Club Chaos). Simultaneously, he was offered various jobs including opening for Eddie X at The Warsaw Ballroom, a South Beach institution at the time and host to a wide gamma of better known DJs. He did several appearances at Liquid which was one of the first to re-introduce the mega club to the SoBe scene. Soon after, he was booked directly by South Beach powerhouse, The Living Room.Bruno Robles has has been in the Miami Nightlife for close to 15 years. He has played alongside some of the better known names in the industry including Danny Tenaglia, Timo Maas, Oscar G. and Ralph Falcon of MURK, Robbie Rivera, Cedric Gervais and Grammy award winners Roger Sanchez and Paul Harris of Dirty Vegas as well as Ibiza's, Tania Vulcano and Loco Dice.Bruno has held residencies at top venues in Miami such as Club Space, Crobar Miami, Opium Garden and many more. Bruno Robles is also a great producer/remixer. Signed to many great record labels such as Ultra Records, Juicy Music, Groove- On Records, Star69 Records, just to name a few. With many original productions as well as remix projects. A lot of his top 40 remixes are getting radio airplay around most of the US. with support from stations such as Party 105.3 in NY andv Fusion radio in Chicago.At the present time Dj Bruno Robles is a Resident Dj and daytime music director at Nikki Beach Club in Miami Beach, and also working hand in hand with other Nikki Beach Resident Dj's managing the record label for Nikki Beach Music. Nikki Beach is a landmark for tourists and the place to be for the Miami locals. Producing in Genres such as Electro House, Progressive, Tech and Tribal, I'm sure you can fulfill your house music needs with the sounds of Dj Bruno Robles!