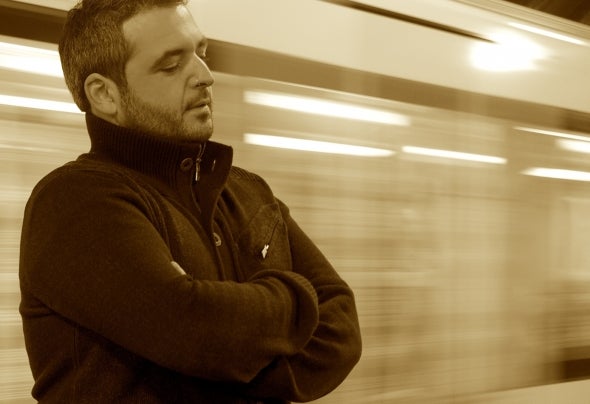 "When you wanna write something about Nick Arara you have to prepare yourself for a small movie storyboard...Berlin-based dj/producer Nick Arara was born in Greece but moved to The Netherlands in 1994. He started dj-ing in 1997 giving from the very beginning a unique and particular attitude in his sets. Sometimes more peaky and solid others with a bit lazy downbeat art in it. He is the kind of guy that always have something extra to add in his performance and because of that he soon started to be a part of many major events around.The year 2002 finds Nick co-responsible for the first Andromeda album “Temptations”. A best seller which received many votes as best new comer among trance dj's around the world. With Andromeda he release 2 full albums and several singles and remixes, along with tours in Europe, Central and South America, North Africa, Japan, Australia and India, introducing as first the Gipsy Midi controller. A unique machine that captures body movements and converts them in to sound.Nick's contribution to Andromeda ended somewhere beginning 2007. A new challenge was needed. His sound started to chang but the feeling and the passion were still there. The introduction of his new work took place at Hof Square in Amersfoort, The Netherlands, September 2008 during his first solo concert featuring Vika Kova and The 209 Band.One year later another collaboration was born. This time it was Fog, another greek act. Fog & Arara offered immediately some of the finest and memorable installations, like “Congamusment” under Noir. It was a matter of days when they saw their work climbing at Beatport’s Tech House tops , played and supported from all the “usual suspects”.Next hit came up under Monoroom's & Helmut Dubnitzky label Brise Records. “Palmaflava” had even more success and climbed once more the Tech/House charts. After those two first imprints slowly but gradually Fog & Arara started to mark their place with their own distinguished club sound, combining organic elements with raw bass lines and crisp old school ways.Somewhere on the way, Nick had the need to express himself in other music styles than he did before. This need gave birth to his first solo album “Let's Make Waves”, coming out on Quantized Music. Inspired by everyday life and driven by his passion for music in general, Nick’s album balances between electronic and acoustic, between new and old, between now and then, between ordinary and odd.