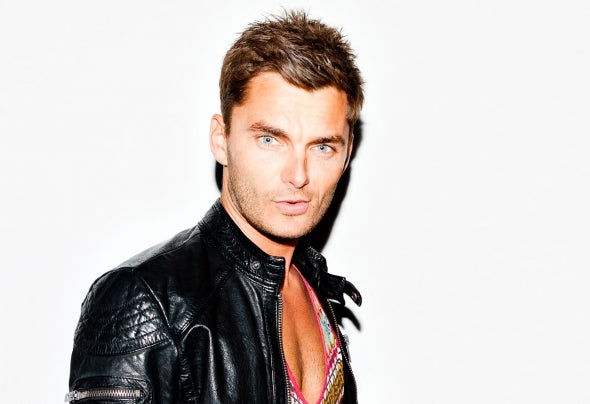 "Deeper Sublime" is a lounge project of Eriq Johnson. Eriq Johnson, a producer, a DJ, a label owner and a founder of the production group "Musicheads" began his career in 1995. His first musical compositions written for theatre plays gained popularity and recognition at the music festivals in Avignon and Berlin. For a long time he had been writing music for television and radio advertisements. Since 2000 he has been working increasingly as a Live Artist and performed in most European countries and in Asia.Eriq Johnson shows different facets of his talent being very successful in various music genres such as electro, house and lounge.At the end of 2007 he launched his recording label and production group Musicheads, which are working both with established stars of the music scene and new upcoming artists. Today Musicheads Rec belongs to the leading labels in the club scene.In 2008 Eriq initiated a music project Deeper Sublime which reflects his passion for chill-out music. The project involves Eriq Johnson’s collaboration with such renowned artists as Marga Sol, Matisse, MoVoX, Miss Wonder, Ann B etc. All the tracks of Deeper Sublime were released in the numerous compilations by the best chill-out labels like Sony BMG, Universal, EMI Music, Clubstar, Sine Music etc and received responses from the most notable artists working in the chill- out genre. In his debut album Eriq covered such famous tracks as Merry Christmas Mr. Lawrence by Ryuichi Sakamoto and Chariots of Fire by Vangelis. The magazine "Slices" described the track "Femme Fatale" as one of the best tracks of thisgenre. The second album of Deeper Sublime will be released soon.Eriq Johnson is also passionate about club music. In 2008- 2010 he produced more than 20 tracks on the leading music labels. In 2008-2011 Eriq Johnson had a weekly program MixParty on the French radio TonicFM in Paris and Leon where he presented best dance tracks from the globe. The new album of Eriq Johnson “Rockaholic” which includes 21 tracks was released in 2011 and was a big hit in all download stores worldwide.In 2011 Eriq and his friend "New Jack" have started a new house project "Miami Kidz". Their first single "Feeling This Way" with Polina Griffith, was released on Armada Music, one of the biggest dance labels in the world, and already in the first week it stormed TV i Radio charts of Russia and Ukraine. T he number of views on youtube has reached several thousands in a couple of days. The next releases of Eriq Johnson and "Miami Kidz" are signed at such famous labels as Ministry Of Sound, Warner Music, Housesession Rec and M.O.D.A Fashion. At the Crimea Music Fest which was launched this year Miami Kidz was accredited as a main DJ act of the festival.At the moment Eriq is working on the next video forhis new song.