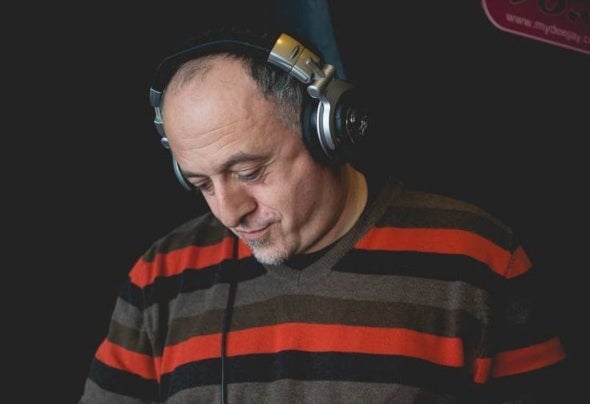 Echofusion (aka Raffy G.) is not the typical type of DJ. Based in Cyprus. He started experimenting with music at the age of 16, playing around on his father's classic Moog and Korg analogue synths. His love for music further inspired him a year later at the age of 17 when he started listening to everything from Sugar Hill Gang, Tangerine Dreams, Pink Floyd, George Clinton, Bootsie Collins up to the early Kraftwerk material. But this was not where everything would stop; his continuation to explore new territories delved him deeper into the soul scene. This was basically one of his influences, which in later years would bring him closer to the House scene that was culminating in Chicago. Deep soulful strings and heavy dub bass lines with arpeggiated melodies is what can be described as the sound of todays Echofusion. The urge to experiment with any style and morph it into his productions is something to be seen in his future tracks.After Dj’ing alongside Robert Miles and Todd Terry to name a few, he has been in the background experimenting with many styles of music; his favorite being Deep House/Progressive/Soul House. He is capable of adapting to any style almost instantly in a studio production or on live set environments. His career in music and djing spans almost 20 years. Now his pushing the gates of House creating a form of his own. Keep your eyes open in the House scene; he might just surprise you when you least expect it! Recent years he has been recognized as one of the forefront producers in the Deep and Progressive House scenes. Signed to labels such as Loco Records, InDeep Records, Endemic Digital, Deepsessions Recordings to name a few, has pushed his remixes and original tracks to the far corners of the electronic dance music scene.