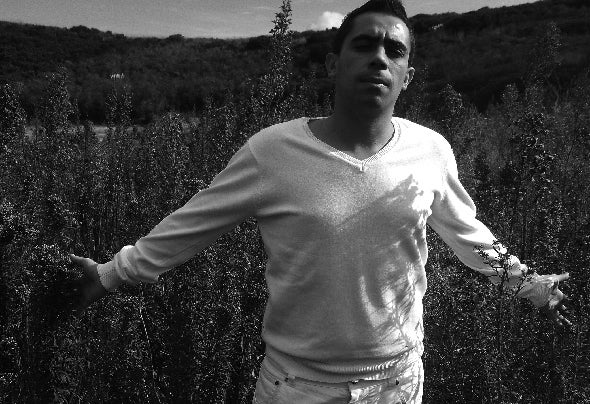 This young talented Dj & producer was born in 1985. His journey into the music world started at the age of 12, after his granparents presented him with his 1st set of record turntables. As he started out his journey he was taken in by old school style music....which was an experience never to be forgotten, as time went by he started to introduce 2step into his sessions and with this combination was the 1st time he took his steps into the dj box in public at the age of 14, sharing the dj box with some of the most talented dj's in Tenerife. With the experience and confidence as a Dj he was offered the opportunity to experiment with a new style of music...Latin music, this is the music that led him back into the dj box working in some of the best nightclubs on the islands like TB'S nightclub and Salsa con Gofio which gave him the great pleasure of sharing publicity and working along side great artists like: Enrique Barrios, Caco Senante, Clave de son, Antonio Carmona, Rosario Fl ores and Marc Antony, a short time later he returned to electronic music forming the group The Session Bass together with his friend Dj Damian, together they preformed in numerous events in Tenerife. Little by little Emilio started changing his style of music in his session until he reach the sound of House, never to look back again from that day on House has been his passion. He was the creator of the old collectivo enigma working in clubs over Tenerife. In 2009 he entered in a Dj contest" Lan party 09" taking 2nd place in the finals, with this he was introduced to a company from Alicante "Xtex producciones" that offered him the chance to manage live events, which presented him with the opportunity to work with Dj's and producers at a regional and national level. In 2009 he decided it was time to take his journey to a higher level and take on a producers role with his good friend Carlos Hernandez forming the group "Funktastik" also in 2009 Funktastik signed up with music labels Hellzone records and Similar records releasing their 1st album as a group and also a solo artist. Emilio has shared publisity posters with:Danny Serrano - Frink - Hector Couto - Javi Bora - Ela Black - Dancework -Aldo Ferrari - Monique 69 - Enric Ricone - Danny Fernandez and many others Clubs that he's preformed in: Asaudades Tf - Eurodisco Tf - La Basilica Tf - Dojo Gc - Paladium Gc - Buzzbee's Tf - Badu Tf - Fme Las Palma - Crows nest Tf - Climax Underground Tf - Bobbies Tf - B52 Tf - Pasha Tf - Room Tf - Katar Tf - BMC Mallorca - Private White Party Ibiza, and at many more outdoor festivals.