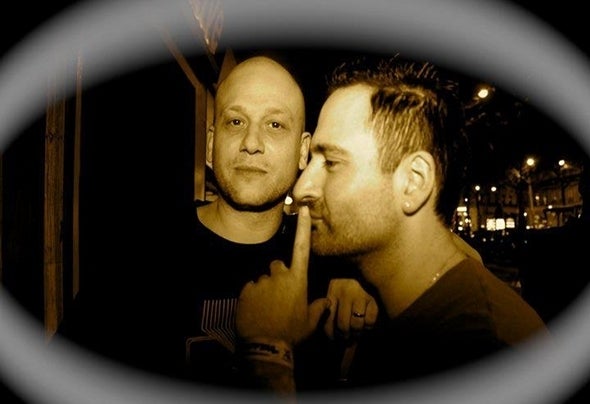 Ultimate Breakers was born t hanks t o Seb Sanchez and Oris D at the terrace of a Parisian café. Playing in different universes of electronic music, both of the DJs decided to put their experiences together through a common project: ULTIMATE BREAKERS.It was in t he Sout h of France, by playing in Pyramids nights of Juan Les Pins and in the first Rave Party organized on la Cote d’Azur that Seb Sanchez plays his first Electro set in front of a conquered audience.DJ with an efficient and personal style, Seb Sanchez, both accessible and specialized, his range goes from the Deep, the House and the Tech- House, and appears in French and European nightclubs (le Warhol, Bar 25, Factory Club, le Wax Club, H2O...) also in various private parties (l’Oréal, Privaty, ...).In 2005, he arrived at Paris and very quickly, make his style known in most of important nightclubs of the capital (la Loco, le Duplex, le Métropolis, les Coulisses, le BatoFar,...). He appeared in the Gay Pride 2010 and was the honored guest of the “Beirut in the mix” float for the Technoparade 2010 and got a permanent place on “Mix feever” radio.Also, Seb Sanchez became a journalist in the famous magazine Only for DJ’s. Every month, an exclusive podcast “Fly with me to Tech- House Music” is available on Itunes.Oris D is considered as a rising star of the house electro scene. Famous thanks to his productions and remix played by numerous DJs in Europe, and also by the radio rotations in France (FG, Vitamine...) and in Belgium (Funradio Be,...), he has been for 8 years carrying on with many students parties and french but also european clubs (Spain, England, Germany, Belgium). Every week, the mixed selection entitled “Radioshow by Oris D” is podcast on dozens of FM radios, on the web, and also on podcast version on itunes.The Ultimate Breakers’ concept opens a new road on the international electronic scene. Other than Djs, the group offers a real concert in which the tech-house tracks are played in live. This performance is relevant by its visual aspect and its program which already conquered lots of festivals and clubs all over the world.Ultimate Breakers creates a new path into the Tech- electro House style, a mix between the tech-house minimalist underground and the electro-house. Their unique live in each appearance lead t he audience int o a travel in which several electronic sounds are gathered, producing a contagious energy of partying.