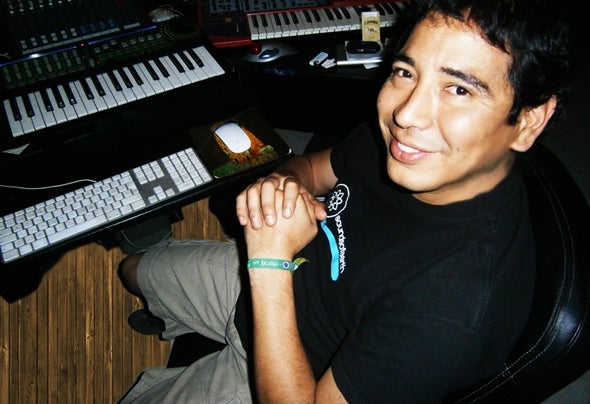 Carlos Techachal was born in Mexico City 1977, this musician and producer has been close to music since his childhood, surrounded by a family full of musicians. In the beginning, he focused on drums and percussions, to later start playing in rock and metal bands.In the 90’s he studies a Communication career and afterwards he starts working in radio stations as a producer, and soon he had his own radio show “Virtual Vox” in the South East of Mexico. In this 2 hours show he delivered some of the best electronic music tunes of that time.The next step was to start doing his own tracks, in the beginning of 2000 starts releasing his first tunes. “Inside”, for example, quickly reached the ears of international Djs.His first EP “Metamorphosis” opened the doors to his debut album “National Tunes”, released on the german label Soultribe Records. Immediately a tour in Europe was programmed with excellent results in Clubs and Festivals, and with a very special response in Germany.With big success he returns to Mexico and continues with a more serious and focused work in the studio and releases amazing tracks in Sounds of Earth Records. He is also busy working on his project Bienmesabe (with Vazik), creating a professional dancefloor experience with each track.