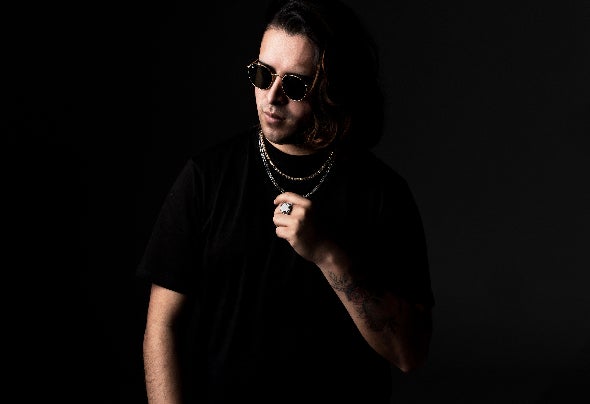 Di Rugerio is a respected DJ Producer in the electronic scene in Mexico consolidating in the same way around the world with his music performing in many clubs in North and South America. In the fall of 2019 he made his debut in Europe performing in different cities of Italy, Germany, Netherlands, Belgium and Spain. Worth mentioning that he has had the privilege of being part of one of the most important electronic festivals such as the Amsterdam Dance Event. With outstanding releases on labels like Univack, Sinedie, Iboga, Plaisirs Sonores, Aftertech, Chrom Recordings, Natura Viva Black, Borderline Ibiza, and many more, Di Rugerio has developed an unique style in the Melodic Techno merging organic and digital elements creating dark and mysterious atmospheres with elegant and energetic rhythms that fit either in any kind of club or open air festival. His versatility in the DJ decks has make him share the stage with many important artists from all over the globe and likewise it has led him to be a continuous guest on LOCA FM 107.6 in Ibiza. His residence in Playa del Carmen has opened new paths for him in his promising musical career and is a strategic point for his international exposure. As manager of Uxoa Dutxa Elite ( www.uxoadutxaelite.com ), record label that he founded in the mid 2012, Di Rugerio has released music of talented producers reaching an excellent support from Top DJs positioning as one of the best and favorites record label in the genre of "Melodic House & Techno" in all the different digital platforms.