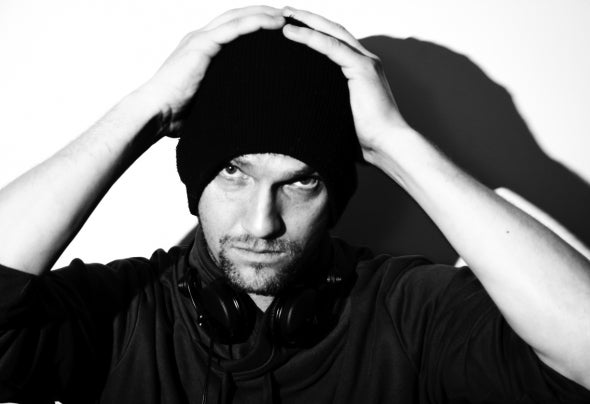 Veteran producer and engineer, Dark Arps is the latest moniker of Canadian electronic artist, Jonathan Bierman. Originally inspired by the slew of groundbreaking acts that arose from the UK’s DnB and triphop scenes in the 90’s, his tastes evolved to incorporate nu-skool breaks, progressive, and techno. Timeless acts such as Hybrid, Underworld and The Prodigy were influential role models that forged in him an equal commitment to musicality, high production standards and of course, dance-ability. Throughout the 2000’s he spent eight years producing, engineering, touring and performing with one of the UK’s first truly live DnB-breakbeat acts, Keiretsu, rocking dance floors all across Britain, from Edinburgh to Brighton. As well, during this period he continued to produce, remix and collaborate with an endless variety of electronic and traditional acts, giving him a diverse pool of influence from which to draw inspiration. Now in his 15th year as an electronic music producer, and reinvigorated by his new spiritual home of Vancouver BC, Dark Arps’ productions are more coherent, confident and technically sophisticated than ever.