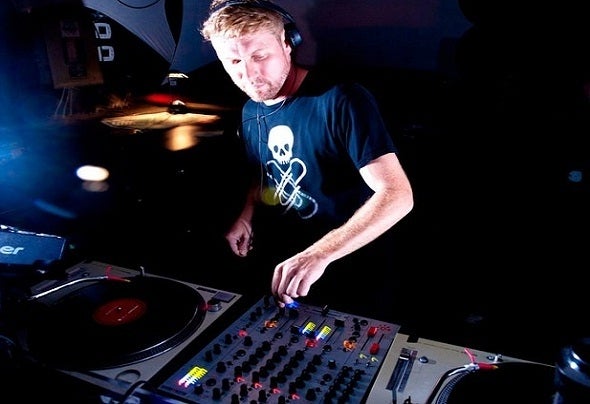 What’s happens after someone has spent years touring the dive bars of North America, sleeping on stranger’s couches, eating cigarettes and coffee for breakfast, honing their bass chops in bands that played everything from punk to jazz? They wise up, step out of the van, take their hard-earned musical lessons and become one of Vancouver’s premier DJs. After a brief stop at the well-respected Selkirk College music program and residency at Club Utopia in Nelson BC in the early 2000s, Darren Woodhead took his penchant for getting people on the dance floor, his DIY punk rock ethic and his first-hand experience in song-writing and gigging and fused it together to become Woodhead. Now a resident DJ at the Lotus Lounge’s Signal Saturday for the last 4 years, where he plays all styles of House, Funky and Nudisco, Woodhead’s climb to the top of Vancouver’s dj scene started in dark East Van warehouses and all night dance parties. The release of his Body Language mix cds 1-3, where he fused hip-hop, house and electro, gained him exposure in Vancouver’s club scene. He followed it up with his Acid Electrorash mixes, The Signal Sessions Mix Series for Intimate Productions and many podcasts of live dj sets. From there things took a peculiar yet rewarding turn when, in 2003, Woodhead moved into a little house in Vancouver’s gritty east side and developed an eager internet following based on the Sunday night celebrations surrounding a mobile sauna parked in his driveway. Saunasessions.ca and it’s podcast quickly grew from a small gathering of friends playing records and sweating at the end of a weekend into a highly anticipated underground event. On any given Sunday one could find themselves sitting next to Darryl Hannah in the sauna, dancing beside a member of The Be Good Tanyas, Tegan and Sara and Royksopp with many of East Van’s top djs spinning on the decks. By 2008/09 DJ Woodhead was holding down Vancouver residencies at Shine, Lotus, The Dollhouse, Backstage Lounge and Dirty Beats In Whistler and performing under the sunshine and starry nights of highly anticipated festivals like Shambhala outside Nelson BC, Soundwave on Vancouver Island, Bass Coast Project in Squamish, as well as Mezzanine in Tulum, Mexico, Hi-Fi Club and Republik in Calgary AB, Tommy Africa’s, Maxx Fish in Whistler BC, Spirit bar & The Royal in Nelson BC and The Sunset Room in Victoria BC.