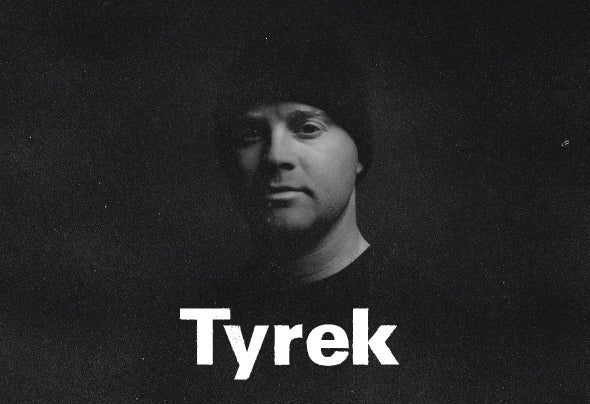 Tyrek, aka Rusty Meeks, is an Alberta based DJ, producer, and label founder. Getting his start way back in 2004 on Lethbridge airwaves at CKXU, his sound and his contribution to music have evolved a great deal since those days. Tyrek’s 15+ year vocation in Western Canadian music has seen him both provide, and curate, a platform for artists to create and connect through his label, Substation Recordings. Substation has provided a legitimate basis for Canadian artists to release their work and establish a foundation, sometimes being the rst steppingstone before international labels take notice. Tyrek’s sound can be described as minimal and dark, equally inuenced by experimental artists like Flying Lotus and Amon Tobin, as well as musical snapshots in time. Tyrek’s melodic sounds can most easily be described as part minimal house, part minimal tech house, but his sound is distinguished by old school techno drums and sparse use of vocal samples. His productions have been released in the UK and Europe, and have garnered accolades from Beatport, earning him a coveted spot on Beatport’s front page. Tyrek is poised for a big year. Although topping professional highs such as playing at Burning Man, or a weekly residency at two of Alberta’s top dance clubs, Hi and Habitat, seems challenging to best, Tyrek is gaining momentum. In 2020, there are ongoing releases in the works on globe-spanning labels, with more to come in the not so distant future.