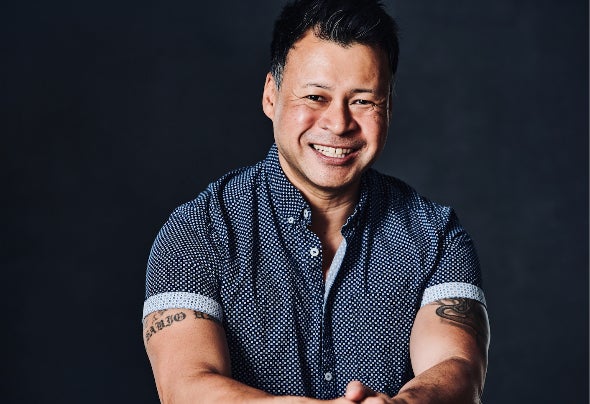 Tuning out his annoying parents (whom he loves very much by the way) is how Terry started arranging music with a dual cassette deck in his bedroom back in the early 80's. The mix tapes he made for himself and his friends were influenced by heavy doses of New Wave and Rock, with layers of emotional overtones and chunky, swinging electronic bass lines. The music Terry plays and produces today resembles the music he listened to in the solitude of his headphones growing up. Terry's journey in the industry began in Seattle during the mid 1990s where his legacy still echoes deeply to this day. He made a decade long stop in Miami in the early 2000's, and eventually made his way to San Diego in 2012. Terry was recognized in the Pacific Northwest for his long-standing residencies at infamous after-hours parties in Seattle such as 'Dance Oasis' at Habana's, 'Superhighway', the 'Usual Suspects' at Contour and at 'Dedicated', Seattle's largest house music weekly event of that era. He has been featured with some of the most renowned DJs/producers of our time ranging from progressive house giants such as Deep Dish, Talla 2XLC, and Sandra Collins, to the most notable names in house music like Doc Martin, Gene Ferris, and Felix Da Housecat. Production wise 2020 was a break out year for Terry with two #1 tracks in Techno. He has releases on house music labels such as HEAVY, Tilted Records, Fresh Farm Music and Staybad to progressive house labels like Stripped Digital Recordings, displaying his range as a producer. The vast majority of his release continue to reach the top 10 in whatever genre he produces You can catch Terry regularly at his weekly residency for Dance Klassique (at Blonde Bar) one of the world's longest running weekly events (at 22+ years) and at various venues and regular events up and down the West Coast.