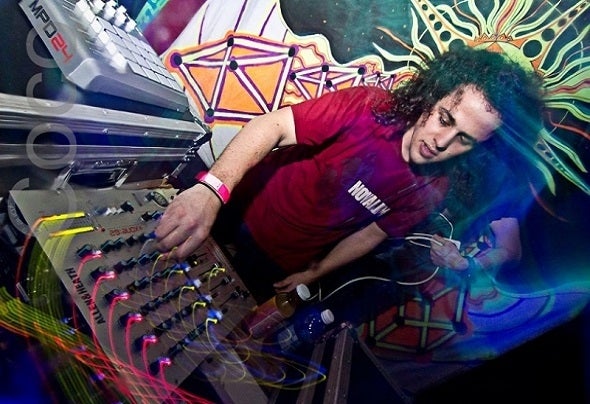 Signed to Daly City Records in 2011, Living~Stone is a creator & innovator when it comes to underground electronic dance music. He is an alchemist of frequencies & using this as a philosophy, he blends elements of many styles of electronic music. The resulting melange can only be described as a sonic salad of Bass Music. Performing publicly since 2008, Living~Stone has shared the stage with prominent international bass music headliners including Skream, Benga, Bassnectar, Eskmo, Sub Swara, Goth Trad, Taal Mala, Joe Nice, Komodo, Ill Gates, Nosia, Mochipet & the list goes on. Living~Stone is one of two residents at the bi-monthly Dig. iT. aL Sundays, a Bass music night at Blizzarts Lounge in Montréal, on the second & fourth Sunday of every month. T he night (formerly under another name) has been running for three years strong and continues to set the standard in Montréal for Sunday night Bass Music. Releases in 2012 already include remixes for Self Evident & Mochipet. Forthcoming releases include a split 3 track release on Crude Records & an artist ep with East Van Digital, including Living~Stone’s second remix for The Gulf Stream.