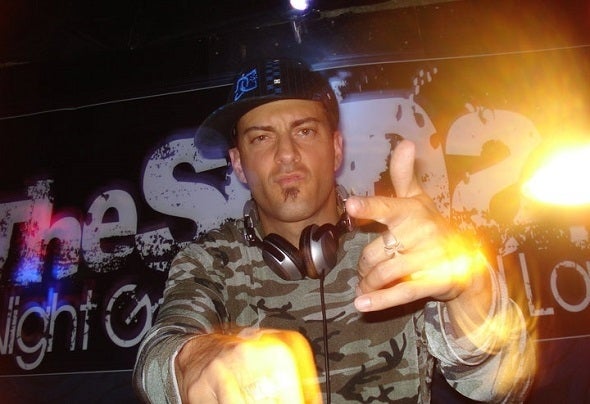 Lindsay Barker, aka Vinyl Fixx, has always had a drive for bass heavy music. Early days in car stereo competitions always created the need for loud basslines. To describe Fixx's music? Deep complex soundscapes, razor sharp drum breaks, with a heavy dose of funk in the bassline. Since starting to dabble in production after years of underground parties, his refined technique, skilled beat manipulation, and a love for making people lose their minds, has kept Vinyl Fixx moving forward...the future is now.Growing up listening to underground hip hop laid the foundation for breakbeats and vocal lines. Needing a faster tempo, he went down the path listening to industrial beats from Front 242, Skinny Puppy, Nitzer Ebb, Fear Factory and the like. Not satisfied with the bass lines, he found himself looking for the deep bass that was in Miami bass tracks bumping at the car stereo competitions. It was at an underground club back in 1994, he found the missing link in Doc Scott’s “Here Come The Drums”. Things would never be the same.Vinyl Fixx is currently signed to Junglist Records, and has had a string of releases on R4pid Fire Records, Isolation Tank Recordings, and East Van Digital Records. In 2016 he signed with Junglist Records and released the Weapons Grade EP. Loaded with all styles of dnb, it showcased the diversity of his production. 2011 saw a new full length Drum and Bass album entitled : The Vice City Album. A heavy trip down all styles of DnB with hip-hop and grime influences. His earlier tracks on several multi-national compilations through EY Records based in Germany gained notoriety. Vinyl Fixx has a large back catalog of over 10 dj mix sets, 2 full length albums, 4 EP’s, several compilation singles, and a slot on the best of Future DnB 2010 and 2011 compilation. Fixx has released several EP's in the last few years, loaded with dancefloor weapons. 2017 will see another full length album on Junglist Records entitled: ALTERED REALITY.Keep it LOCKED..