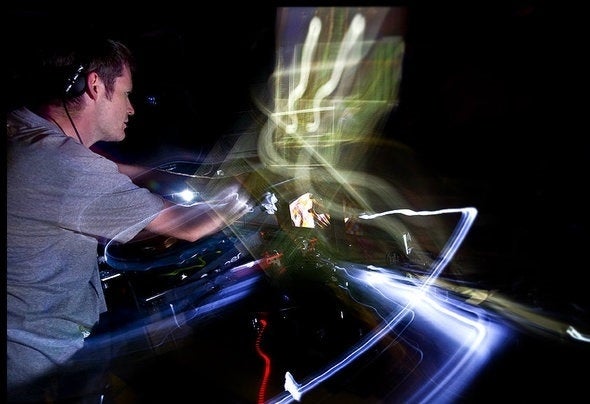 HxdB aka hexadecibel is a bass music producer, DJ and promoter. In just a few fruitful years, he has ascended the ranks of Canada’s “must-hear” electronic acts and left an indelible mark on his hometown of Vancouver’s music scene, rapidly gaining the respect of some of the top taste- making DJs around the world. 2011 marked a banner year for this noise-maker, with releases slated on some of the scene’s most respected record labels, including Pinch’s Tectonic, Gilles Peterson’s Brownswood, Palms Out, Frijsfo, Gradient, Aufect, Party Guy, Crude, DubKraft, and several others. In addition to his many other previous releases and 3 previous 12′′ releases on Surefire, Formant and Mindset, his discography seems to grow by the day, as does the international demand for his unique dance floor sound. His music has garnered DJ support from Gilles Peterson, Ben UFO, Bok Bok, Kastle, Dark Sky, Pinch, DJG, XI, Incyde, Salva, Distal, Submerse, Dev79, Crissy Murderbot, Sepalcure, Arkist and many, many others. HxdB’s music has also received favourable press and reviews from respected websites and publications such as XLR8R, Resident Advisor, Knowledge Magazine, DJ Mag, Little White Earbuds, Phuture Labs, Fundamental Garage & Juno. Hexadecibel’s music is soulful and evocative, always sounding very lush and well-sculpted, woven with pulsating bass waves, hi-tek sounding synths, percolating effects, with a healthy sprinkling of ear candy. Using this unique soundscape as the framework, he skillfully fuses elements of house, garage, UK funky, dubstep, techno & jungle with interesting, syncopated, often times, tribal rhythms and creative arrangements. His sound typically has a dance floor sensibility, but without losing it’s meaningful qualities and falling into cliches. He deftly balances musical and electronic elements, creating rich sounding audio palettes with club- shaking bass lines. 2010 and 2011 saw this man prove his mettle by remixing and collaborating with an exhaustive list of producers including Distal, Swarms, Resketch, Self Evident, Cairo, Subcorr, Ill-Esha, Vincent Parker, Longwalkshortdock, Taal Mala, Nouvaeu Palias, Perfect Cell, Style Disciples, Blind Prophet, Sephirot & Wachs Lyrical. With the success of these, along with his dozens of other remixes and collaborations there is no question that his skills as a remixer are in hot demand. The future for this bass architect seems to be very bright and busy, with several feature podcasts under his belt for Hush House, J’aime Le Dubstep, Electronic Explorations, Sonic Router, Sicknote & Kryptic Elements, not to mention his own monthly podcast “Hexadecibel Loves”, plus an increasingly in- demand DJ schedule, which includes 2 monthly events locally in Vancouver, along with serial collaborator Self Evident. He co-operates Gradient Audio along side label boss, B1t Crunch3r and has just finished compiling and curating a 20 track LP showcasing many of the leading lights in the emerging “Future Bass” scene. This is one person who has his finger placed firmly on the ever-beating pulse of electronic music and certainly one to keep your eyes open for.