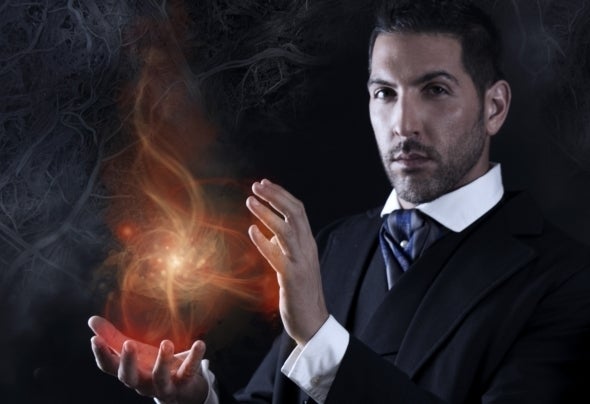 Randy García is a passionate Dj and Producer of House music, teaming the great duo Magic Solutions. He has played in the best clubs and festivals around Spain and the world. Randy García began his career 17 years ago.Randy loves to merge musical styles, as the House accepts almost everything. As Magic Solutions they have achieved several amazing works, such as "I'm in ecstasy" (featuring Marisa Machado) who was charted per 89 weeks and get the Top 1 on Maxima FM. "Wet Dreams" thanks to which they went to festivals in Canada and Brazil. "Jungle Adventures" promoted by Wally Lopez as the best of his djcase. "Good Vibrations" that opened the doors to the Jet Set club in Moscow...Created his own label "Top Hat Records" including the famous "Offshore (A Little Love) Feat. Rebeka Brown" remixed by Andre Vicenzzo, Matinee DJ. "Lilly Was Here" that reached the position 36 in the list of House on Beatport, thanks to Mijail remix, the classic "U Got 2 Know" done t oget her wit h Javi Reina, and included in several compilations and the producers Kevin Karlson & Kevin Davera - "I Found Love" (Magic Solut ions Remix). And the last release: Hurricane by Fran Marin featuring Shena.Also has his own radio show along with Ruben Moran: "Feelings" that you can listen every Tuesday from 22 t o 23h in LOCA FM (Spain)."If you do not feel it, is not House Music!"