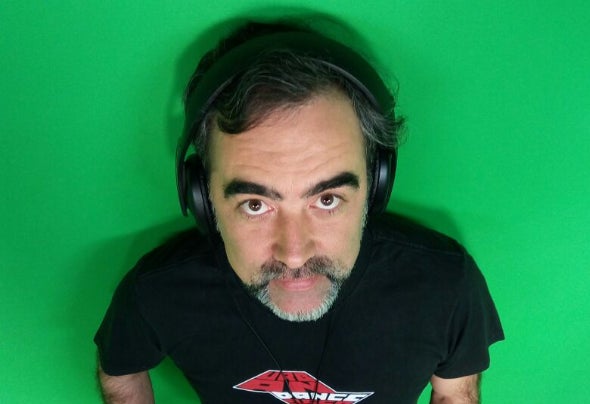 Influenced by the rhythms of the 70s and 80s such as soul, funk, rare grooves, disco and ash-house and ash-back, Acácio Moura started his career as a DJ in 1992 at the old club Arena, south of São Paulo. It was the first step to professionally leverage one of the pioneers of electronic music in Brazil. Without a specific style, he agitates the crowd with his refined mixes and emphasizes: “I like to play for the track”. Produced several projects like Pizza Hut Hits, every Tuesday at Pizza Huts stores received a guest DJ for a happy hour with lots of music and pizza, B.E.C. Brazilian Electronic Community, which was one of the first electronic music labels to support the first national electronic music producers, Cena Brasileira, was the first FM radio program to perform and support Brazilian electronic music, Projeto Raridade, this project was dedicated to vinyl collectors and DJs who already collected records but didn’t always play together with an active DJ, see infos at WWW.projetoraridade.com.br, Special Revival, night focused on the decades of the 80 ́s and 90 ́s in rock styles , pop, new wave, flashback, flashouse, house, Techno, old-school and underground 90's. He created the Urban Dance Records label, where he releases only DJs and Brazilian Producers. In partnership with his brother, also DJ Abílio Moura, they created the Grooving Soul Brothers project, where they produce re-edits of nostalgic songs, mainly the songs of Brazilian grooves and souls. He is constantly invited to play at corporate and alternative parties and events, especially those involving Brazilian music and the famous black nostalgia, due to his famous endless collection of vinyl records, such as Pilantragi, On The Rocks, Tune, Slum Party, Radiola among others