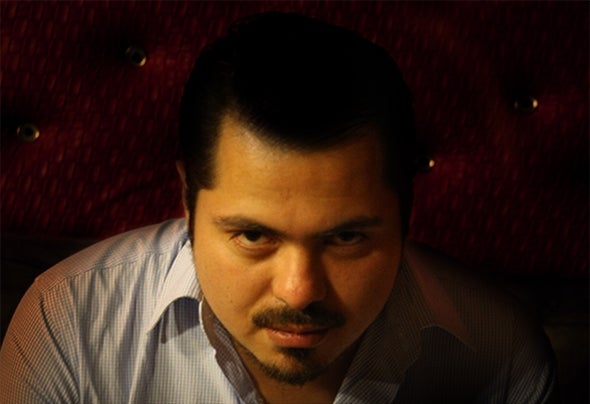 Tenebrio started his career in Mexico in 1998. Influenced by such personalities as David Morales and Armand Van Helden, he began to understand and appreciate house music on a whole new level and started to develop a very special taste for it.He began playing by hanging out with the some of the local Dj’s in his hometown, Puebla City. Mentored by one of the best Dj’s in Mexico at the time, he began to improve his skills, and became one of Mexico’s finest young Dj’s.Since then he has played at numerous events in different countries, places like “System Sound Bar”, Toronto, “Providence”, NYC and “The Gallery”, UK. One of his favourite events was at a rave where he played to a crowd of over ten thousand. He has shared the decks with personalities like Stereo Martini, Jinx, The legendary G-Money and George Lukas of Lunatics Of Sound, Bob Sinclair, , Marco V, Carl Cox and many more.In 2006 Dj Tenebrio starts making his own music, doing collaborations with many different dj's and producers he has now become on of the best producers in Mexico and Canada, getting his music on top of the radio charts everywhere.In January 2008 Dj Tenebrio launched his own record label: ZENZONTLE RECORDS, a label specialize in House, Progressive House, Tech House, Minimal, Breakbeat and Techno.In September 2010 Dj Tenebrio launched another record label: GUETTO STREAM RECORDS, a label specialized in Hip Hop, R&B, Rap and Soul.The after in October of 2011 he has opened his own booking agency: UHMS Entertainment, an agency specialized on making the best music events on the mexican caribbean, North America and Europe, featuring the best dj's, artists and models, UHMS Entertainment is now one of the leading booking agencies in America.Dj Tenebrio has now created his own style, a nice flavour of funk and retro, with the power of Techno, progressive and Minimal . When Dj Tenebrio plays, he wants the crowd to experience the same thrill and fun he feels.He is always looking for new ways to make people cross those levels of exhilaration. Dj Tenebrio will take you beyond your imagination, and into his world!