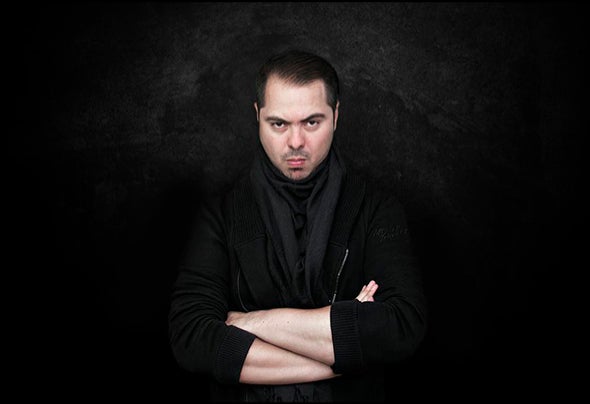 Mister Tenebrio started his career in Mexico in 1998, Influenced by such personalities as David Morales and Armand Van Helden, he began to understand and appreciate House music on a whole new level and started to develop a very special taste for it. He began playing by hanging out with the some of the local DJ's in his hometown, Puebla City. Mentored by one of the best DJ's in Mexico at the time, he began to improve his skills, and became one of Mexico's finest young talents. Since then he has played at numerous events in different countries, places like 'System Sound Bar', Toronto, 'Providence', NYC and 'The Gallery', UK, 'The City', Cancun, 'Mezcalinna', Playa Del Carmen, 'Vive Club', Dominican Republic,, etc. He has shared the decks with personalities like, Richie Hawtin, Umek, Joseph Capriati, Bob Sinclair, Marco V, Adam Beyer, Carl Cox, James Zaviela, Anthony Pappa and many more... In 2006 Mister Tenebrio started is spinning and producing Techno with a very dark and emotional feeling on his music, doing collaborations with many different DJs and producers like Miss Kittin, FrankieKnuckles, Sasha, Danny Tenaglia, System Index, Solomun, etc. He has now become one of the best producers in Mexico andCanada, getting his music on top of the charts everywhere. In 2014 and 2015 he won the award as best producer and best underground Dj getting the attention of many labels.