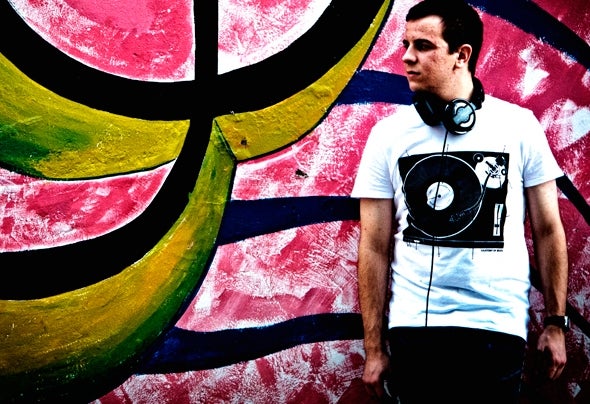 Mariano Pompeo He was born on August 22, 1992 in Buenos Aires, Argentina. From a young age became interested in music, especially electronics. In the beginning he had a great connection with the genre House, which so far remains. His first contact with it was through a friend, who did listen to the age of 8 years. Since then undoubtedly knew that electronics was part of his DNA and started listening to all kinds of genres that were within reach. This is how the idea to start DJing. At first started practicing by software (PC) in order to take knowledge and train your ear and then cope with CD `s. With the passage of time, with a finer ear, more experienced and knowing other genres decides overturn the scope of'' Deep House and Tech House'', internalized by artists like Joris Voorn, Marco Carola, Richie Hawtin, among others. His next goal was the production stage. This stage also comes almost immediately begin shortly DJing. This stage was not easy, took a long time to perfect their ideas. Thus when in 2011 he released his first EP under the name of'' Wait For Me'', under the label'''' Santos Recordings. This first release is a success, also expanding its releases continued under the stamp Lups Records (Netherlands), Tactal Hots Music (England), Vol0101Records (Argentina), MCS Records (Argentina), Urban Vibe Records (Greece), among others. After these releases, Mariano increased his reputation expand its borders, and manages to integrate more and more in nightclubs as Club Space (Quilmes, Buenos Aires), Privilege BA (Capital Federal, Buenos Aires), Complex Go! (Banfield, Buenos Aires), NEN Festival (Monte Grande, Buenos Aires), Club Karkú (City of Mendoza, Mendoza), Valentino (Quilmes, Buenos Aires) with Mariano Santos. Among other clubs. As anyone applied to his craft, hobby, work, etc.. I always try to keep orderly and gradual ascent, being an amateur dj, dj becoming a semipro, entering the production stage and making a name and a style. No doubt the young Pompeo has, but with his great experience and rise in the electronic environment, aims to be a great DJ / Producer of the electronic environment.Artist NameBeatport URLDJ Profile URLWebsiteArtist Bio