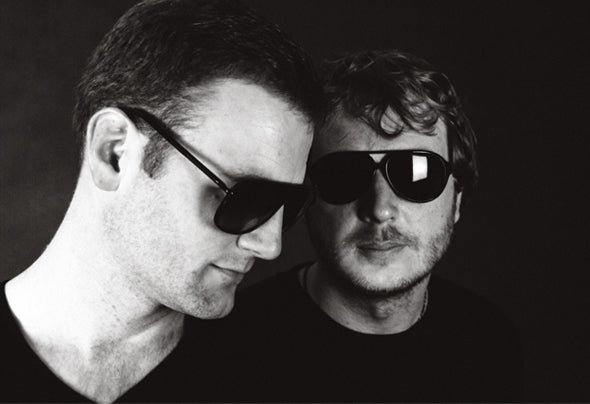 Analog Effect is the new moniker of Dutch DJ / production duo Jan Boom and Branko van Hilten. The duo have played and produced as Schaamteloos- DJs for many years. Jan Boom and Branko van Hilten have played almost all quality dance events in the Netherlands, with a unique ability to warm up the night. Slots at festivals such as Isla Electronica, We Love Stagefestival and Lief Festival and residencies at Amsterdam’s Panama club and Club NL have ensured this Dutch duo have played alongside the likes of John Digweed, Deep Dish, Nick Warren, Danny Howells, Jimmy van M, Pete Tong, Dave Seaman, Groove Armada, Faithless, Nic Fanciulli, Sister Bliss, Guy J, Timo Maas and Mark Knight over the years. With tracks released on Boom Tsjak (Flashover), Comport Records, LuPS Records and Why Not the guys solidified their name in the scene. Having used the Schaamteloos-DJs moniker for many years, it is now time for something new. Analog Effect is the transition from early evening to main set, a new approach to studio and a general overhaul of their sound. Whilst looking to the future, the name Analog Effect is a nod to more traditional methods of (analog) studio production, such as remixing tracks by cutting and pasting actual tape on a Revox tape recorder. This duo’s production roots stem from creating beats and bleeps on an Atari as teenagers, and this is it manifested in a professional capacity. Today, with their heads firmly down in their new custom-built studio, this hard-working duo are further cementing their name as reliable and solid performers, ready to step up to the next level. The future looks bright with a slew of hot new material to be released. Analog Effect is the future –a firm production schedule, a higher profile, a live radio show, their own label and the focus on headline slots in clubs, festivals and beach parties, keep an eye on this forward-thinking duo.