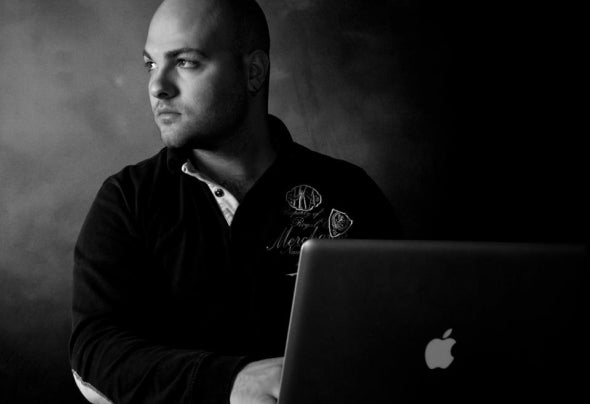 Joe Piccino, Dj, remixer, Producer and Radio speaker,born on May 19th in 1989.His passion for music production began at the age of 16 years,inspired by minimal techno and experimental sounds of the moment.His professional career forward with perseverance and continuous updates on new techniques in music production,and experimentsof new sounds and new grooves, so as to bring his tracks to a wider audience and heterogeneous.If you wanna think to a polyhedric and transversal dance artist, It’s impossibile not to think to Joe Piccino.The sounds of the tracks by Joe, are characterized and influenced by club house music and techno Detroit style, for its production is greatly inspired to Joe T Vannelli and Carl Craig.His productions are supported by artists such as : Claude VonStroke, Horatio, fukagenda and many more dj/producer in the world.Joe Piccino is part of a cultural movement, BpmBeat.com, thousands of young people enabling them to share a common passion for the beat.BpmBeat.com is present in the country and world through labels, dj sets, shows, events, live on radio, podcasts and many other news.Through to BpmBeat.com, Joe Piccino,has gained a high profile and a high esteem by the public, that constantly drives him to always give the best of himself in his live and in his recordings, including improving its artistic quality and professional. Is the trend that makes the difference!