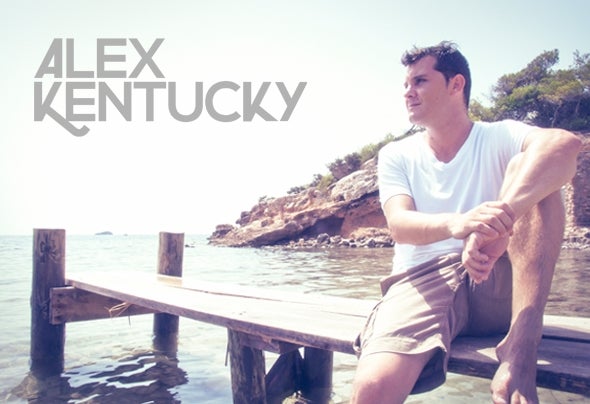 This Canary by birth and Balearic by adoption’s audiophile moves as a DJ and producer between a smart, sunny and evening deep and an avant-garde night-club house. His elastic sonorous versatility allows him to play with approved efficiency, with the sun on top, or in much less healthy hours, little friendly of the early mornings..., but undoubtedly, more funny.In 2012, Alex Kentucky consolidates his ceaseless work in the three branches, that for him, trial the world of electronic music: the deejaying, music production and radio. Learning and work relentlessly.During the summer, he is resident DJ at Pk2, Nassau Beach Club, Madrigal Restaurant Lounge, Nine Ibiza and he also collaborates with different promoters as Rewind After Tea Party or Amazing Ibiza. Also in these recent years, he has been summoned for important festivals such as Baltic Summer Festival (Poland), Dance Valley (Netherlands) or for prime clubs such as Islington Academy (London), Moon (Madrid), Spook (Valencia), Space (Ibiza), Privilege (Ibiza), El Divino (Ibiza), etc.Nevertheless, it is in and from Ibiza, where he has earned three nominations to Deejaymags awards as "Best National DJ", "Best Deep House DJ" and nominated also for "Best Set as Resident DJ at a Beach Club in Ibiza." In addition, Alex Kentucky is a regular contributor to the prestigious Ibiza Global Radio station where, every Tuesday, he gives us, together with Miguel Garji, his best sound, all framed in "DeepFusion 124BPM" program.As a producer, he has released on rising and with international projections labels such as Deepclass Records, Reisei Records, Big City Beats Recordings or Adult Music Records among others, being in this latter, co-owner together with Carlos De León and Rayco Santos. He has also provided his own tracks to "PK2 Ibiza 2010", "Nassau Beach Club 2011" and "Nassau Beach Club 2012", among others collections, and he has developed different weekly podcast for different companies for which Alex takes years providing their soundtrack, such as Cult/ Energy (Kay Sar, Mokai), or Amazing Ibiza, one of the applications that is causing sensation in Ibiza this 2012.Fernando Fuentes, August 2012