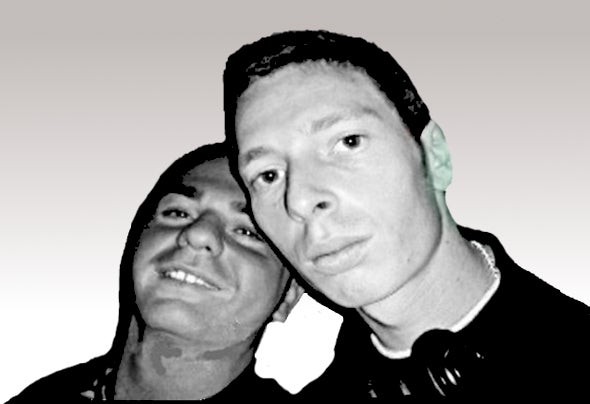 Alessandro Tarallo and Christian Mastrolonardo are dj artists "ALEX & CHRIS". They were born in Naples, Italy and at a very young age started their Disk Jockeing Carreer.In 1994 ALEX & CHRIS beceme resident DJS at the historic night club "VERTEGO" in Naples.From then on ALEX & CHRIS went around as remix djs behind the consoles of some of the best Discotechs in Naples.ALEX & CHRIS have been guests at clubs like METROPOLIS, KISS KISS, SUBTERRANEA, JAMILA and many others in Italy and Europe.In 1999 ALEX & CHRIS broke into the world of music productions, remixing tracks from international DJS and Producers.In 2005 ALEX & CHRIS were the resident djs at GEMINIS BAR in IBIZA where, giving rise to electronic - deep - house music, they gained big success.In 2007 ALEX & CHRIS collaborated with the Italian music label "SMOOTHNOTES" based in Rome with Musician GIACOMO BONDI of GB MUSIC.They were then able to present their first album "ANOTHER STRANGE DAY".In 2010 ALEX & CHRIS played in many clubs in the USA and NORTH AMERICA, becoming DJs residents of parties like DOLCE VITA and PROJECT X. Partnering in many productions with artists from around the globe ALEX & CHRIS found success with releases such as "PEACE OF MIND FEAT NOELLE" from NEW YORK CITY , "CLOSER" with SHATTI from SOUTH AFRICA and "TELL ME ALL ABOUT IT" with MEISHA MOORE from CHICAGO and many more. They have been guests on many radio shows. CIUT 89.5 FM in Toronto, in Italy, Japan and all around the world ALEX & CHRIS collect appreciacion and lovely feedback for their innovative sound, supported by some of the best names in the house music scene. ALEX & CHRIS productions have been played from MIAMI to IBIZA, NEW YORK ,ITALY, TOKIO , AMSTERDAM,TORONTO , MYKONOS & in some of the best clubs around the world.Releases by ALEX & CHRIS appear on Labels Like : SMOOTHNOTES , AUDIOBITE SOULFUL , SNAKE BEAT , MELOMANIA , JAFFA REC , POWER OF LOVE PRODUCTION, MZK WORK and many Others.In 2012 ALEX & CHRIS opened their own label, DEEP INTENTIONS RECORDS based in TORONTO , CANADA where they moved their studio and where they produce and pubblish Music.