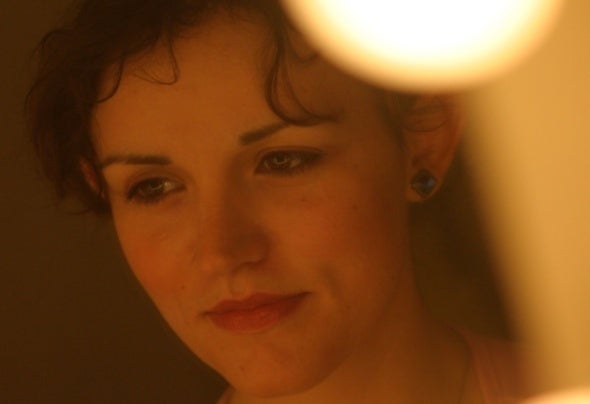 Gabrielle Chiararo has french, italian and american origins: she was born in Paris and grew up between France and America.Her passion for singing began very early listening to artists such as Aznavour, Cocciante, Julien Clerc, Paul and Mary, the Beach Boys and the Beatles.At school, she took part in plays, musicals, talent shows and choirs until she went to university where she began to take voice lessons and studying operatic arias.Gabrielle continued singing in the choir and then joined Henry's VIII, an acappella group with whom she recorded her first album.During her college years, she also formed a jazzensemble called the Jazz Cats in which she was the soloist.Her studies brought her from New York to Florence, where she pursued her love for the Italian language and its cinema.She then attended drama school in London, where she continued her singing lessons and branched out to musicals and jazz technique. Her musical interests range from traditional Chanson Francaise, 1940s jazz standards, tango, Doo Wop, Bossa nova, 60s rock n roll,80s new wave, to modern music.Gabrielle Chiararo has also recorded an album called “Acoustic Voice and Guitar” with her guitarist, Marco Minnucci, under the duo’s name “Flor de Lis” available on believemusic.com.Recently she formed a jazz trio under the name “The Jazzmins”, which performs jazz standards.Gabrielle Chiararo is one of the most successful talents discovered by the italian producer Giacomo Bondi. They met when Bondi was looking for a backing vocalist who could sing in Portuguese on Brazilian Jim Porto's 2005 release, "Diga". Their collaboration continued ever since.JAZZ SCHEMA, Gabrielle Chiararo's first solo album of Nu-Jazz/Lounge music was composed and produced by GiacomoBondi together with a group of important Brazilian artists and the composer Roberto Picerni. Even before finishing her first album, in January 2006, two of Chiararo's songs, "Tango Matto" and "Amore Mio", were selected for Sunsweptmusic compilations, "Neo Tango" and "Amore Mio”.Gabrielle Chiararo's songs have now been included in over 35 compilations worldwide published. “Sensual Elegance” is Chiararo's second album including ten original tracks and five covers in English, French and Italian.