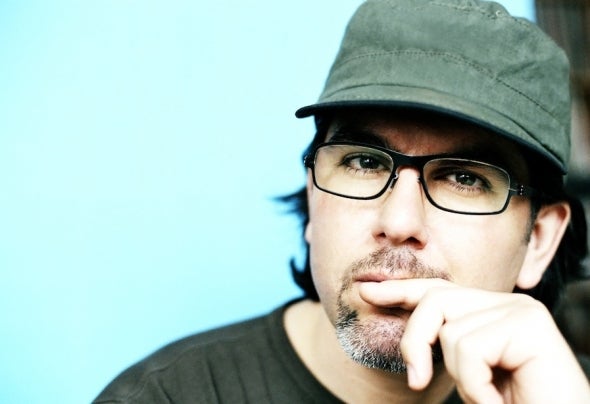 Upon visiting a city you’ve never been to before, one of the best things you can do to explore and discover that new ground is definitely taking a cab. The taxi driver sure knows where you want to go. But rest assured he also knows where it’s at, and where the nice spots & cool things happen.The man they call LEVTHAND (aka Levent Canseven) worked and travelled the dancefloors of Europe under the CAN7 moniker and as such delivered flawless remixes & productions for a.o. Bootsy Collins, Randy Crawford, Ricky Martin & Moloko... just to name a few. The CAN7 album „Safari“ released in 2006 on PEPPERMINT JAM marked a turning point in the life & career of CAN7. Levent was broadening both his horizons as well as the variety of genres he was influenced by Funk, soul, pop, reggae, jazz has always been the fuel for his taxi...And so it comes as no surprise that this first LEVTHAND album, is a combination of all of those genres. Always true to where he came from, LEVTHAND gathered an all star line up of close musical friends & like minded individuals to turn his musical vision into a reality: UK pop music legend KIM APPLEBY (of MEL & KIM), MCs/ rappers SON OF SLAVES & MISTA GOOD, outstanding vocalists ZOE, LAYGWAN SHARKIE, ELENA LEY & ROMORRIE, trumpeter PATRICK ANTHONY, Washigton DC love poet JEN & downtempo dj colleague GEORGE SOLAR (SOLAR MOON) all contribute to an album that simply wants share’s good vibes with you.As a result, you’ll pass by Little Jamaica & parts of the Bronx, where you will meet & greet some of LEVTHAND’s friends, have a smoke, and take in the vibes... The journey continues, taking you to the uptown area where the nightclubs, bars and cool hangouts are located. There you’ll stay until the early hours of the morning, greeted by a new day... dancing, laughing & simply feeling the vibes!In the backseat, just in time for the sunrise, the taxi drive continues. Nevermind the amount of happy people that are now sharing the cab with you – keep smiling, as LEVTHAND has now turned off the meter, because the last few miles of this ride, are for free. One more look in the rear view mirror, one more uplifting song booming from the car stereo...you’ve now reached your final destination. Great Journey, cool destination and the right place, at the right time!