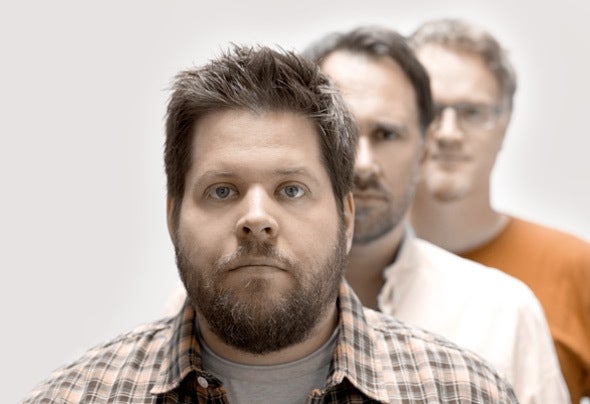 The three producers Ingmar Hansch, Marcell Meyer und Chris Gilcher strike first with a 12" EP in 1992 on 23 Records. They’re using the name of „Orange 8“. The music of this early piece is in line with the then booming Techno- movement in Germany and sounds totally different from the Downbeat productions which will follow, but the playful and melodic elements of Levitations can already be traced. T he first album is released in 1996 on Open Mind Music. On that record, faster Trance-tracks and slowed-down Hip Hop grooves are unified to a common statement. Influenced by Ingmar’s work as an inhouse-producer at Logic Records Frankfurt, the sound is stamped by the collaboration with Marc Spoon (Jam & Spoon) and the contact with Underworld and Leftfield.Via the release of Café Del Mar Volumen Cuatro, the track „Out Of Time“ gains worldwide recognition in 1997- the instrumental will be featured on the promotional campaign „D2 turns into Vodafone“ in 2002. „More T han Ever People“ feat. Cathy Battistessa, released with Café Del Mar Volumen Cinco, is the big breakthrough only one year later. DJ and compiler José Padilla plays the tune every evening at sundown, until he resigns from the Café del Mar.1999 is another year for Levitation to deliver a strong contribution for Café Del Mar Volumen Seis with “Oh Home”. Hannover’s finest House label “Peppermint Jam”, run by Mousse T., drops a vinyl-remix-package of “More Than Ever People”, starring remixes of Can7 and Sounds Of Life.2003 sees a co-production with world-famous classical- and jazz-piano player Friedrich Gulda. The Piano-tracks he recorded the preceding year of his death, are the basis for the title "Years Passing By" of DJ Pippi, Friedrich Gulda and Levitation.In the consecutive years, some of those tracks are recorded, that will comprise the album “Essential Levitation” in 2012. Ingmar, who has been living and working on the musical island from the end of the nineties, teams up with the internationally acclaimed singer Mocci Ryen (e.g. background singer of Patti Labelle) and produces some vocal tracks also with Danish singer Anne K.After a long pause of creativity, in which all committed producers pursue their own projects, Chris and Marcell are founding their own record label “Newpool Music” in 2011. They win Anusch Mehdizadeh (VIRGIN, EMI, Deluxe Music) for the position of label manager.They released „Essential Levitation – 20 years of Ibiza Chillout Music” in February 2012 - an anthology of 20 productions – some, which have been crafted over the past 20 years and others, which have been recorded especially for the album over the last years. In 2013 they released their latest single "Summer Breeze" feat. Caro Barth, delivering the perfect soundtrack for a chillful summer season 2014.