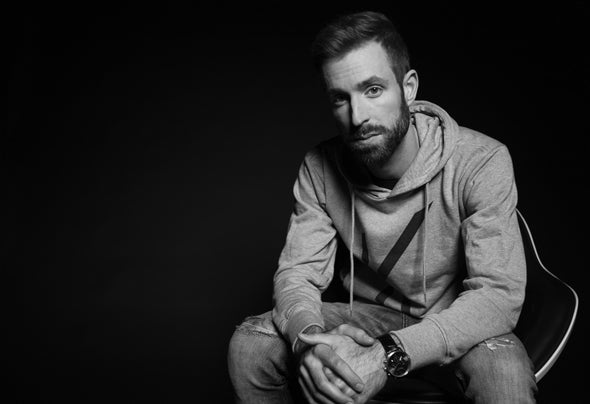 As a producer of melodic and soulful house music, Austrian producer Keyano gained some big attention on his bootlegs of CeCe Peniston’s „Finally“ and Pharrell Williams „Happy“. His remix of Holter & Mogyoro's "Hundred Lives" was released on German imprint Déepalma Records and promtly landed on some renowned compilations such as Milk & Sugar’s „Beach Sessions“ or Déepalma’s Ibiza 2017 album. His remix was supported by Nora En Pure, Gorgon City, Thomas Gold and many others and was played by radio stations worldwide including UK's BBC Radio 6. He also made it in the Top 20 on iTunes Germany (Electronica), Top 5 on Traxsource (Electronica) and Top 40 in the Beatport charts (Electronica). Keyano's latest remix of "The Light (feat. Chasing Kurt)" by Yves Murasca and Rosario Galati was released on Kittball Records.Performing his music live with a host of keyboards, analog synthesizers and live electronics is the key focus of his creative work. Keyano is one of a kind and has a totally unique style of playing and jamming live-keyboards to House Music.As a session musician with a wide-ranging musical background he can be heard on numerous recordings. As keyboard-player he toured and performed with some big names such as "Judith Hill" (Michael Jackson's "This is it", Stevie Wonder), Hubert Tubbs (Singer of "Tower of Power") a.m. He played concerts in many well known clubs around the globe like "Porgy & Bess", "Volksgarten ", "Joe Zawinul's Birdland", "B-Flat" in Austria, Germany, Switzerland, Poland, Spain, Italy, Hungary, France, Thailand and Cambodia.