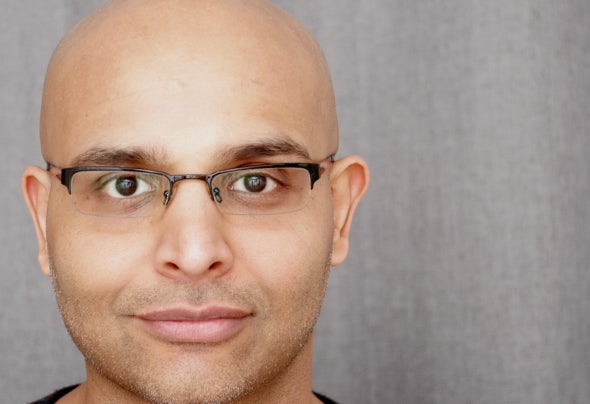 YOGI was born and raised in Chicago. He started to DJ in 1991, after years of faithfully listening and studying the techniques he heard on Chicago radio mix shows. His play lists were heavily House music influenced, although, being a lover of all music styles, he often incorporated hip hop / R&B, new wave / synthpop, freestyle, techno, and industrial into his sets. After years of playing gigs at all the local colleges and universities, he hooked up with one of Chicago land biggest promoters, and began playing at some of Chicago's biggest and most legendary clubs at the time (including Shelter, Elixir, Drink, Karma, Stardust, Dennis Rodman's Illusions, Harry's Velvet Room., Pasha, XL, Mint, System, Dragon Room, and Dragonfly...just to name a few).After a few years, YOGI decided to take up production, and put DJing on the back burners. In early 2000, he released tracks on his first vinyl record label Ohm Records, and later in 2004, released tracks on his Noir Music label. These tracks were well received, and topped all the major national record pool charts.Flash forward a couple of years, YOGI decided to pursue some new career options, and didn't have time to dedicate the appropriate amount of time to production, although he still was very much still into EDM. He would still DJ for fun.In 2009, with some newly found free time, YOGI decided to get back into production, and started making custom mashups, then slowly got back into full on original dance music tracks. By late 2010, in the new era of digital labels, his productions started to get recognition and were signed to domestic and international labels.In early 2011, YOGI decided to get back into the label game, and formed the Lotus Music Group. The group, which includes sub-labels LMG (prog/bigroom) Nataraja (trance), Carpe Noctem (tech) and Water Tower (House), would serve as an outlet to release dance music not only for YOGI's productions, but for up and coming producers throughout the world. Releases from these labels are getting huge support from international DJs, like Eric Morillo, Matt Darey, Sister Bliss (Faithless), Ivan Gough, Markus Schulz, Roger Sanchez, Robert Owens, Tom Novy, Syke 'n' Sugarstarr, Omid 16b, Larry Tee, Brandon Block, Roog, Benny Royal, Etienne Ozborne, Those Usual Suspects, Mike Rizzo, Cicada, Johnny Vicious, Steve Murrell, D.O.N.S, and resident DJs at places like Ministry of Sound, Pacha Ibiza, Pacha NYC, Space Miami, Space Ibiza, Cocoon, Mansion, Haven, and Nikki Beach.Links:www.LMGChicago.comTwitter – tweetyogs, lotusmusicgroup, carpenoctemmusic, natarajamusic, watertowermusSC - https://soundcloud.com/yogi42FB - http://www.facebook.com/YOGI42#Beatport - http://www.beatport.com/label/lotus-music- group/23220