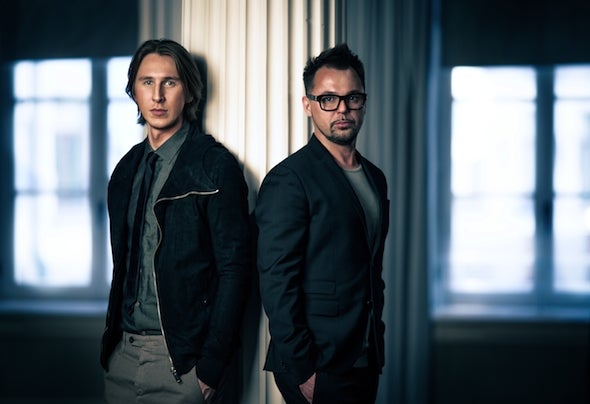 The history of Triangle Sun started when Aleksandr Knyazev with his passion for music quickly went beyond love to one instrument and went further to interest in electronic music in overall. The young composer has entrusted texts and vocal execution to vocalist/ keyboard player Vadim Kapustin. And finally musician Garik Gagarin finished the formation of the band.In 2004 Triangle Sun began the ascension on a musical scene. Same year they have won the Russian Cafe Del Mar Lounge Festival. Then went to Ibiza to play in world famous Cafe Del Mar. The Russian acts were noticed by Cafe Del Mar Music label owners, who after deeper acquaintance with the creativity of the group have included the composition “Beautiful” in the thirteenth compilation. As a result, in summer 2005, Triangle Sun performed already as headliner at Parliament Lounge Festival.Thus, Triangle Sun became the first Russian band who entered series of compilations Cafe del Mar, and then also the first Russian band playing at festival Global Gathering 2007 in London.The debut album of Triangle Sun under the name Diamond was released in September 2007. In 2010 the largest world manufacturer of chocolate Mars licensed their track, called “Moments” as a sound track for the TVC of chocolate Dove on the American market.In 2011 French label Wagram has included a composition “When you go forward” by Triangle Sun to the 13th volume of Buddha Bar compilation series. Two videos by Triangle Sun appeared in rotation on MTV and on VH1 in Brazil, VIVA TV in Germany and Poland.