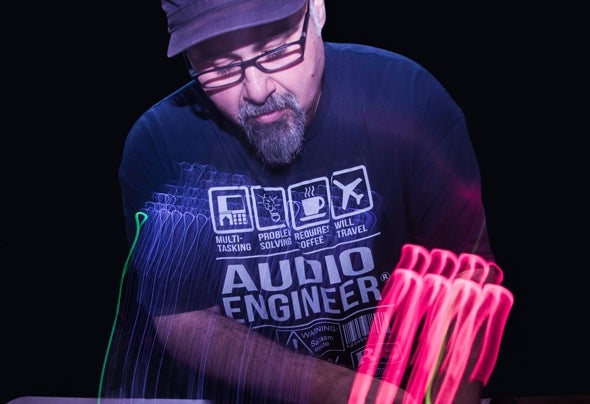 Hailing from Montreal with Lebanese/Persian roots, BiGz formerly known as BiG AL is surely one of the longest serving, globally renowned and respected Middle Eastern DJ on the planet, starting his DJ career back in 1989.BiGz has worked and assisted legends such as Frankie Knuckles, David Morales, Angel Moraes, Danny "Buddha" Morales, Satoshi Tomiie, Chus & Ceballos, The SBS Slammer “Shorty”, John Creamer, Omid 16B, Nick Warren, Hector Romero and many more in different musical, professional and private projects.Following a Marketing degree in 1996 and a computer assisted sound design & engineering degree in 1999, BiGz started his creative production journey and has since built up an impressive discography of over 500 releases under his own name as well as a multitude of aliases such as Beat Factory, Harlem Knights, Audio Lab, Soul Collective and The Suppliers.Over the years BiGz has produced, remixed and released his music on more than 150 labels, among them GU, King Street, Ministry of Sound, Armada, Toolroom, iRecords, and Anjunadeep. His smooth production style is both highly distinctive and deeply rooted in the culture, so much so that he can count on Sasha, Dave Seaman, Hernan Cattaneo and Nick Warren among his fans.His warm demeanor, powerhouse work-ethic and boundless talent have kept him at the epicenter of electronic music for almost three decades, with absolutely no signs of slowing down. Whether behind the decks, in the studio, touring or showcasing new artists via his networks, BiGz continues his ceaseless mission: to tell a story, educate, diffuse good vibes, be the liaison between the old-school and the contemporary while always pushing the sonic barriers to bring exceptional sound quality and music to the world.