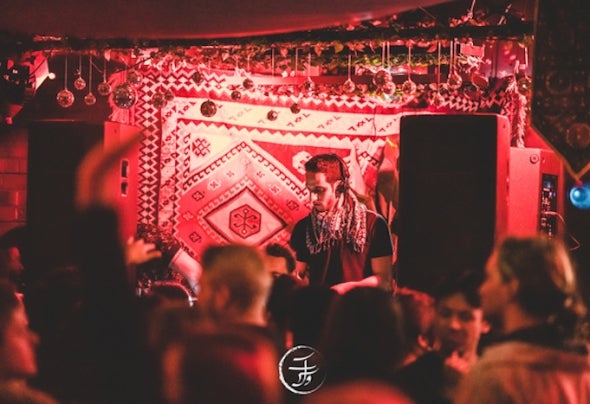 Raised in a family with a multicultural background and diverse musical influences, Sobhan was exposed to different genres from an early age, ranging from Rock and Blues to Reggae, Spanish, French, Indian, classical and Persian music. His interest in music and especially rhythm led him to play different traditional Persian and western beat instruments such as Daf (Tambourine) and drums. Later, he became particularly interested in electronic music which led him to pursue DJing. Since migrating to Australia in 2011, Sobhan has been exploring his interest in electronic music and won one of the most prestigious DJ competitions in 2012. His exposure to both electronic music and traditional Persian music in his home-country and in Australia led him to start his own electronic music production. His sounds are influenced by his musical roots and upbringing, embracing the nomadic sounds from around the world and expressing them within a modern context, creating fusions which can transcend time and place. Through his work, he attempts to create musical journeys that connect the listener to sounds that tell a story, stories of our shared human experiences, through chants, songs and sounds that are new and yet familiar. Sounds that trigger raw emotions, of longing and of homecoming, connecting us to the core of being. Sobhan’s passion for deep, mystical and fusion sounds has recently led him to kickstart a new musical night in Perth, Western Australia under the name ‘Solouk’. Solouk is a Farsi word which translates to ‘The journey of the mystic’. In Solouk, Sobhan and a number of like-minded friends and artists come together to bring an artistic experience delivered through audio/visual medium and introduce a musical journey around the world through their various global sounds. Solouk events have so far attracted much attention and support through the music loving community.