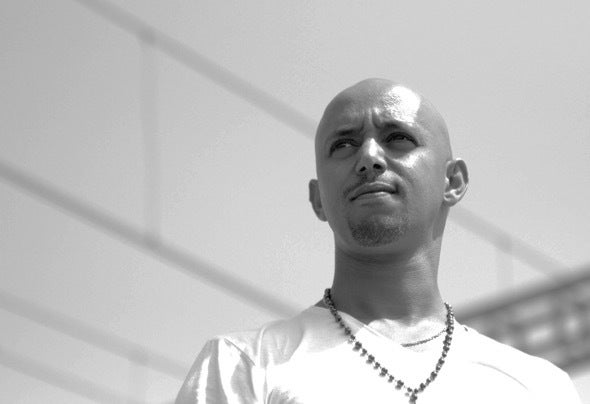 Jalil B(°1978, Fes, Morocco) creates, produces and mixes House and Tech House Music. By examining the ambiguity and origination via retakes and variations, Jalil B tries to increase the dynamic between audience and author by objectifying emotions and investigating the duality that develops through different interpretations.His mixed set doesn’t reference recognizable form. The results are deconstructed to the extent that meaning is shifted and possible interpretation becomes multifaceted. By questioning the concept of movement, he wants the listener to become part of the art as a kind of added component. Art is entertainment: to be able to touch the work, as well as to interact with the work is important.His works directly respond to the surrounding environment and uses everyday experiences from the artist as a starting point. Often these are framed instances that would go unnoticed in their original context. By exploring the concept of landscape in a nostalgic way, he wants to amplify the astonishment of the spectator by creating compositions or settings that generate tranquil poetic images that leave traces and balances on the edge of recognition and alienation.He worked in several clubs and private parties, and continues spreading his creative mixes and sets to his growing up fans, though he receives considerable feedback to all the experiments he presents.