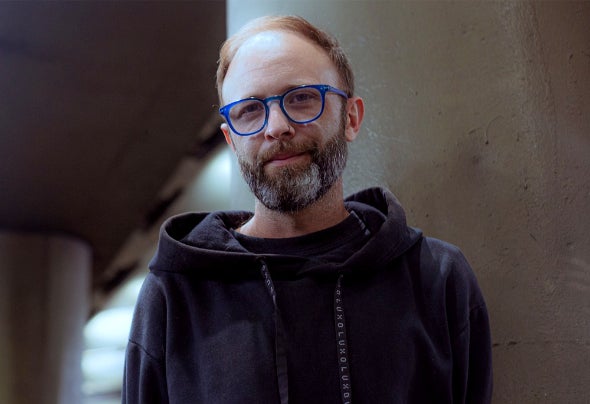 A balancing act, Partenaire's sound treads with elegance and raw emotion over twilight. Powerful, yet intimate, his creations traffic a unique sensibility for expression. Blazing his own trail, Partenaire has released music on some of the most forward-thinking labels on the scene, including onedotsixtwo, Juicebox, and Clubsonica, while gaining recognition from legendary tastemakers across the board, such as Hernán Cattáneo, Nick Warren, and Anthony Pappa. After almost a decade of celebrated productions, 2021 saw the release of his ‘Modern Mantras’ LP on onedotsixtwo, an emotion- driven album that saw Partenaire bind Progressive House with Trance, Techno, and even Liquid D&B. One of the highlights of the release, ‘The Seance’, received its own music video, directed and produced by Electronic Groove, thus signaling a landmark in the artist’s career. Partenaire is also the designer of ‘Youniverse’, his monthly radio show on FRISKYRadio. A mainstay on the airwaves, having moved over 250,000 listeners since its initial broadcast.