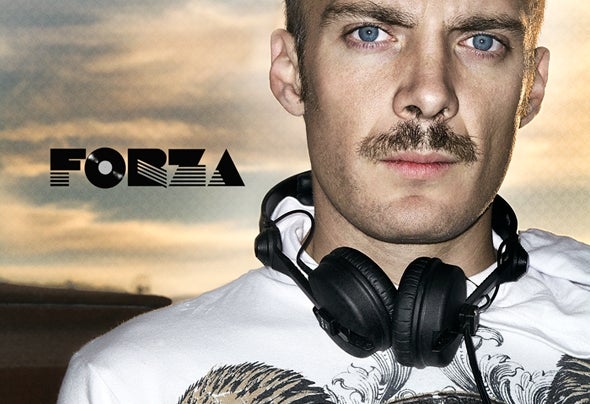 Octavio Rojas aka Forza is an electronic music Producer / Remixer / DJ with a solid and long international career that began on year 2000 in a nascent psychedelic trance scene in Mexico city.Forza earnt his solid reputation as one of the best Dj's from Mexico thanks to his Charisma and energy he puts during his sets, his skill to connect with people and create emotions through music and thanks to his track "Me encanta Dios", which became an instant hit worldwide, giving international prestige to Forza's work. After this he decides to travel to Brazil and continue his career there for 2 long years, where his style and vision of electronic music matured and changed.A psychedelic trance producer in his early beginnings, Forza became a transgresor of musical genres, creating a unique musical identity blending techno and house rythms, combined with all his previous musical baggage and experiences, his latest releases like "Karma Strikers" "Energy Surf" "Me encanta Dios 2011" "The porges RMX" "Love Effect" "Vibrante" "Three weeks in Transylvania" "Yolotl Rmx" "Bone Groove" "Metalworld" "No System" "Terra Sul" "Vibrante" "Party Monster" etc have been several times in #1 of the labels where they've been published, the themes have been remixed by some of the most important DJ's of Mexico and the world such as Lior Lahav, Astronivo, Brisker & Magitman, Vazik, Signal deluxe, Son of a Beat, Divino Medrano, etc his music has also been released in prestigious national and international labels such as Sonesta Records, Kore Records, Soulman Music, South American House, Sounds of Earth, Undergroove records, etc.Actually Forza is working out on his own label, Tattva music, which will begin operations in January 2013Forza is not only a great DJ, but someone who clearly understands how to build emotions through music.